Defiance Review: All Things Must Pass, I Almost Prayed 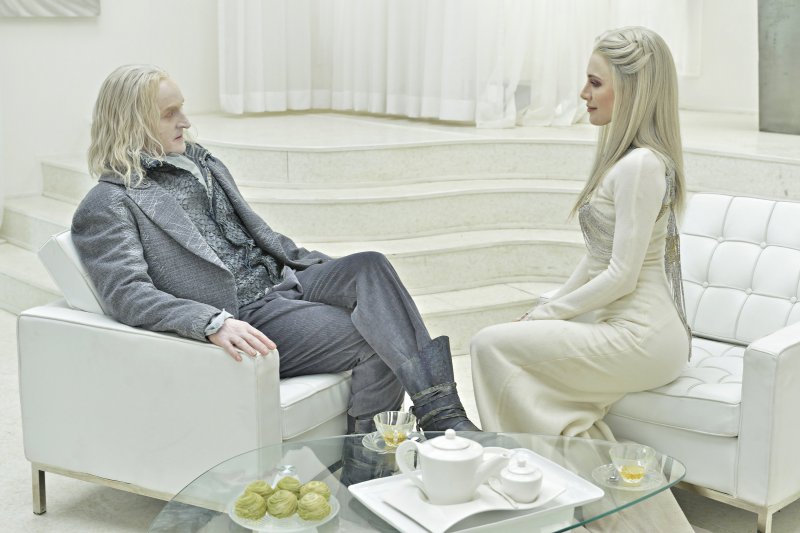 So Season 2 of Defiance is officially in the books and I'm torn. On the one hand I thought the last 2 episodes of the season were pretty good. Both episodes "All Things Must Pass" and "I Almost Prayed" had some pretty intense and emotional moments in them. On the , other hand I think the storylines of the last four episodes have been rushed to a conclusion because it's only a 13-episode season. 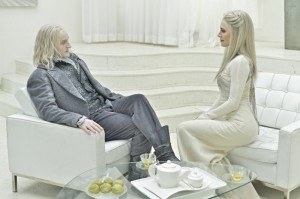 Emotion is always a good thing when it comes to TV shows because it gives you a connection to the characters on the show. And there was plenty of that in these two episodes. I didn't want Datak and Stahma to reconcile but I have to admit that the way that they did it made me more okay with it. Stahma has been doing pretty well for herself without Datak but it's clear that she still cares for and loves him. So it was no shock that she had some ground rules for reconciliation. Pottinger kidnapping both of them and revealing that Stahma killed Kenya to Amanda finally has Datak coming to the defense of his wife and being true with his feelings. If Datak can really put his pride aside, the Tarrs can make a pretty effective and dangerous one-two punch. The House of Tarr is the superior storyline in Defiance to me. They're by far the most interesting and robust characters on the show. Even Alak and Christie have gotten pretty good because of it. I actually think this is one of the biggest problems with the show. The Tarrs are so interesting yet their storyline is almost never the main storyline. So when we get to other things like Irisa being controlled into terraforming the Earth, I'm almost bored or uninterested in it. I'm not sure where Season 3 goes (if we even get a Season 3) but I'm hoping the show becomes less about Nolan and Irisa but more about the Tarrs. With Christie's mom kidnapping Alak & Christie, that could be a significant plotline for Season 3. 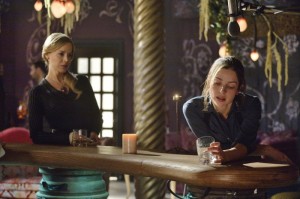 Tommy's fate was very disappointing for me. I haven't liked the way they've treated this character all season and then right when it seems like Nolan is going to actually start giving him some respect, they let him die. Now I know what they were going for. The emotion of seeing a character die that you care about is something writers use all the time. The problem is, in this case it was more lazy than gut wrenching or shocking. They treated Tommy like dirt all season then right when they were starting to reveal more about him, they killed him? He asked Irisa to marry him? You don't just drop that shit out of the blue right before you let a character die. This is like when they killed Amassador Tennety as a cheap ploy. Death of characters in shows happen. Folks who watch Game of Thrones or The Walking Dead are used to it. However, the death shouldn't be used so cheaply like it is in Defiance. It reminds me of when they killed Amanda's ex-husband Connor. Killing characters off before they've been adequately used is bad writing and planning. Add in the fact that Tommy is the only black member of the main cast and yeah I'm feeling some kind of way about this. 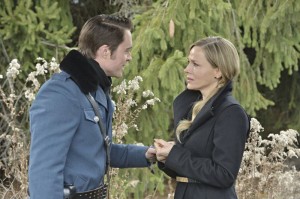 If Defiance gets a third season I think SyFy needs to look into lengthening the season to 22-23 episodes. 13 episodes is not enough for everything going on in this show. There are too many characters and sideplots to handle in such a short season. I would probably be okay with Tommy's character dying at the end of a 22 episode season because the conclusion of his character run wouldn't have seemed so forced. Even the conclusion of the Irisa storyline seemed pretty much rushed. She destroyed New York and Belize in one episode. Because of all the other things going on though, we don't really feel any real consequences of that. Sure, there's always next season but after all the build up the last two seasons, this felt pretty rushed and anti-climatic in a way. The politics of Defiance have always been the more interesting aspect of this show and there seems to be an uneven focus throughout these episodes where the show isn't sure what it should focus on. For instance, I'm very intrigued by what Pottinger's motives are. It can't just be to get with Amanda. And it seemed odd to me that Doc Yewll didn't rat out Pottinger when she had the chance. Yewll is opportunistic though and maybe sees Pottinger as useful going forward. It's these kinds of moments that make Defiance a great watch. Even though I wasn't a fan of the storyarc, the end scene with Nolan and Irisa was just great TV. That's what this show needs to focus on. While there will definitely be fallout for the events of these episodes, I'm hoping that Season 3 focuses on the relationships and politics in and aroundDefiance and doesn't try for any more of these savior/doomsday prophecy storylines. I'll be honest, Dominion was the better show to me this summer. It handled multiple storylines better, had better focus and did it all with less episodes.

Overall, the season was solid. I'm giving it a B+ overall. There were a lot of good episodes during this season and my love for Stahma is through the roof. Even Alak & Christie grew more on me and I really want to see where both of their characters go next as they struggle to become their own individuals and not like their parents. However the short season just doesn't do the sheer number of characters and storylines justice. The season started off with a lot of potential but it squandered a lot of it. It really feels like they're trying to fit 22 episodes into 13 and I don't want to say it's not working but rather that it's leaving a lot of epic potential out.   Having said that, it's still fun to watch and I did enjoy it very much. Watching this season was worth it just to see Stahma and the rest of the House of Tarr.