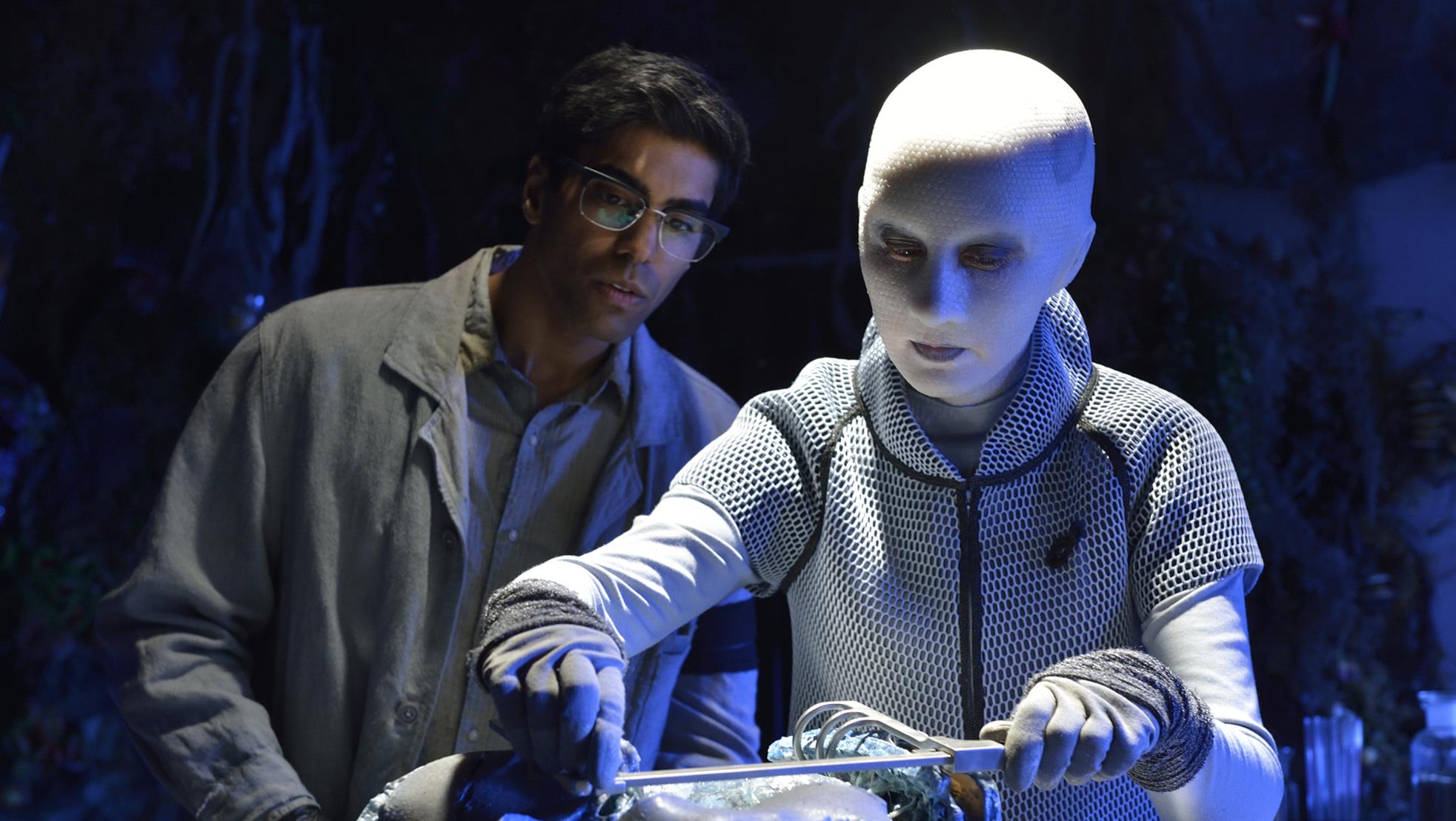 I was a little worried about Ostinato in White. I had it sit on my DVR a little bit longer than normally before watching it to write this Defiance review. Why? Because the last episode was so good I was worried how they would be able to follow up. My concerns were invalid. This latest episode, Ostinato in White, is right up there with My Name is Datak Tar and I Have Come to Kill You as my favorite episodes of Defiance. That’s no small feat. With General Tak defeated, I wondered how this show would keep up the same emotional impact they’ve been building all season and I wasn’t disappointed.
A Broken Nolan 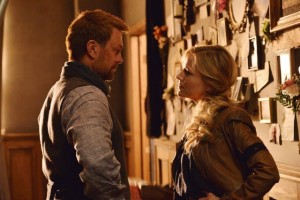 Much like the episode before it, this show sets us up emotionally by having us listen to Amanda eulogize the militia members who died in the tunnel. But it really hits you when she turns to Nolan to say a few words. First there is Hinder confronting Nolan and then there’s Nolan really being broken and really unable to even say anything. This worked throughout the episode for so many reasons. First, the show didn’t waste a lot of time developing individual members of the Militia. Hinder’s son is the only one that got any special focus and even that was minimal. Yet the images of Nolan talking to certain members during the eulogy made an emotional impact. Secondly, we haven’t seen Nolan this broken before. He’s always been the tough one that just gets things done. Even earlier this season he was telling Irisa to get her head in the game and to suck it up. He was motivating the militia to stand with him and take on the General to defend Defiance. And then he got them all killed. His gambling and hunches failed him this one time and it cost people their lives. As he put it, he’s a soldier not a general, and he just wasn’t prepared to have the weight of everyone else’s death on him. There’s more than a little bit of survivors guilt with him as well. Nolan is the kind of person to sacrifice his own life to save others (He volunteered for the suicide mission last episode). Nolan is going through what Irisa went through. He’s tired of death. Iris even called him on it and told him that he was too compromised to do his job, something he told her earlier this season. The way they’ve written and developed Nolan & Irisa this season is miles above what they did with the two of them last season. It’s one of the reasons this season has been so good. You really feel the family bonds that both of them have for each other. It’s going to be interesting seeing how Nolan recovers. He’s going to put Hinder’s suicide on himself as well. How he moves on though can be found in the words he said to Hinder about letting these feelings consume him.
Clone Wars 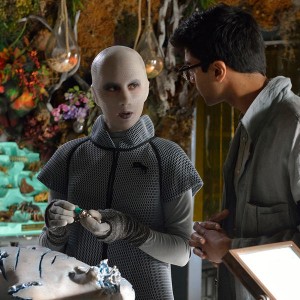 I thought the Indogene at the beginning of the episode looked like Doc Yewll but I wasn’t sure. Then I remembered what Kindzi said when she took the genetic material from Yewll. Once I put that together I figured out pretty quickly that it was more than likely Kindzi who was “hunting” the lower races (more on that later). I really enjoyed the banter between Yewll and Samir. It’s like they were having a sarcasm rap battle. I loved Yewll’s jab about “I bet you didn’t work on any of the black cats huh?” Their back and forth makes what happened to him at the end of the episode a little bit sad. Now, I’m not sure that she killed him but the way this season has been killing off people, Samir’s chances aren’t looking good.
Stahma Was Right 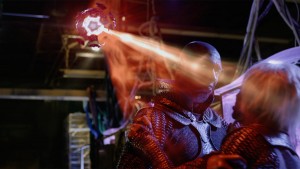 Stahma tried to tell T’evgin that Kindzi would betray him and he didn’t want to listen. It’s so funny seeing how the both of them severely underestimated how much their “children” want to separate themselves from them. I put “children” in quotes cause I’m still not sure what’s going on with the T’evgin/Kindzi relationship. T’evgin finally had to send Kindzi back to the ship because she wasn’t going to listen to him. She has disobeyed him at each step and I think it was this last time that was really a wake up call for T’evgin. He wants to lead his people to a new phase of enlightenment. One that doesn’t “lead to extinction” as he put it. But if he can’t convince his own ‘daughter’ to stand by him and follow his lead how can he do that with the rest of his “family”? So what does he do next? Also, what does he do with Doc Yewll who still has the control module attached to her (Poor Samir)?
Two Bullets…for his Mother 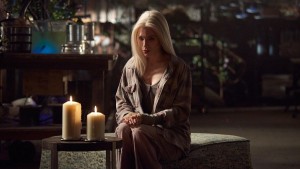 Just a quick note: Alak really hates his mother. He told T’evgin that if he talks to his mother tell her that if he sees her he’ll kill her. Then Andina let’s Stahma know that showing up at Alak’s doorstep isn’t that wise since he keeps a gun at the door with two bullets in it, both meant for Stahma: One bullet for Rafe and One bullet for Christie. Stahma is really in a bad spot. Her son wants her dead, as far as everyone knows is dead and the town still hates her. Amanda hit that Drake level pettiness when she bought the pens for Stahma then when Stahma thanked her said “Don’t thank me, thank your husband. Oh you can’t. He’s dead.”  Yeah I think it’s safe to say Amanda hasn’t forgotten that Stahma killed her sister then tried to kill her. Even when Datak finally comes back, Stahma is going to find herself in a much different position than she was before. Datak was honored with the dead militia. He earned his redemption and I truly think that when he returns he actually might be a new man. He might finally want to live honorably like his father. Stahma isn’t really about that life. I can see a Defiance where everyone, including Alak (remember, he did take Luke to see his father), forgives Datak and welcomes him back but not Stahma. If that happens, for the first time it would be Datak that would actually have the advantage in the marriage.
[divider]
Another fantastic episode. This episode really hammered home some of the emotional moments that have been building not only this season but in seasons 1 & 2. Very well done.