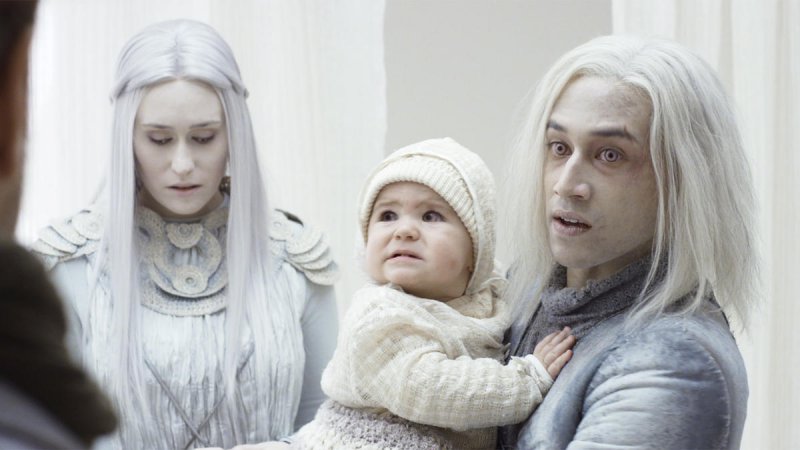 I’m really enjoying this new season of Defiance. I know with each review I sound like a broken record talking about the quicker pace and tighter story telling but its because it’s all true. I’m all for longer developed storylines. But I believe they work with longer seasons. With a 13 episode season, Defiance just doesn’t have the luxury of trying to drag things out then wrap them up with 2 episodes. They tried that last season and it just didn’t work. This season seems to be doing a better job of bringing all the subplots along with them during the main plot and it makes the show a lot more enjoyable. 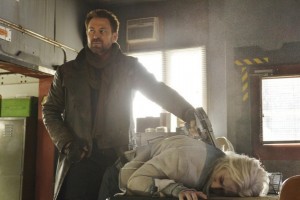 Alak is fed up with his parent’s shit. He’s quickly becoming a favorite character of mine because of his growth on this show. He’s always been a bit of a rebel, not really fitting in 100% with his Castithan heritage. I think marrying Christie and living in Defiance has helped him find the bit of humanity that his parents don’t have. Or rather, I should say that his parents HIDE their humanity (will come back to this later). Not only did he not hesitate to attack his parents but when Nolan showed up he immediately ratted them out. He then sets up his father by working with Nolan to try to get Datak to spill what he knows. That scene told me that Alak knows how much his parents love him but also knows that they love him so much they’d sacrifice the town (and others) which is not something Alak is comfortable with. 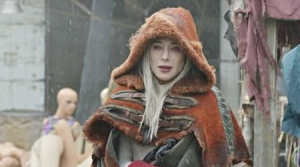 I mentioned before that Stahma and Datak hide their humanity and that’s apparent in this episode. We have Stahma fighting Amanda and not taking the opportunity to kill her. She even tells the unconscious Amanda that she hopes Amanda dies wondering why. I think it has everything to do with Amanda’s sister, Kenya. Yes, Stahma killed her but she also loved Kenya and she still does. As much as she tries to pretend otherwise, Stahma still has a soft spot for Kenya and Amanda. Remember, her and Amanda bonded before Amanda found out the truth about what happened to Kenya. Then we get that scene in the prison between Datak and Nolan where Datak talks about Rafe McCawley. This was one of the first times we’ve seen Datak actually show concern or care for a human and it not be for some personal benefit.  It really drives home the fact of how much of this show is really about family. Rafe and Datak put aside their differences because they both wanted to get their children back. Everything Stahma and Datak did to sabotage Defiance was in the hopes of getting their son back. And its a motive that any of us could understand. Datak had a point when he ask Nolan wouldn’t he do anything and sacrifice anything to save Irisa? Because Nolan actually has.

We got some interesting developments with the Omec this episode. Seems like Kindzi isn’t just T’evgin’s daughter but his lover as well. This brings up some interesting questions. First off, we assumed daughter meant blood relative so maybe that’s just a failed translation. ‘Father’ could be more a title (like calling a priest ‘Father’) than an actual relative. Also, we’ve seen how the alien races view sexual relations different from humans so it could also be incestious but due to their cultural and physiology this could be normal. I mean T’evgin did shrug off poison. We really have no idea what’s going on with the Omec. Only thing we really learned is that Nolan figured out that the Omec are stuck on earth right now with no access to their ship. Other than that, they’re still a big wild card. I do expect things to get interesting now that Stahma has shown up at the doorstep, bleeding out and asking for help. I think T’evgin cares more about Stahma than he admitted to Kindzi.

Rahm Tak murdering his own wife (mother of his children) for asking him to take the Votanis Collective’s offer to forgive his going off the rails shows you just how crazy he is. He’s obsessed with revenge against the humans. It really lead to him killing the woman he loves. He’s going to ignore his children just to finish this crusade he’s own. This is the worst person for Defiance to face because he clearly can’t be reasoned with.

Again, I really love how all these subplots tie into and are related to the main plot of defending Defiance against this oncoming attack. They’re even bringing in Berlin’s ex, who I thought I recognized last episode but wasn’t sure. Also, while I know its early because they both have issues to work out, Irisa and Alak looked good together around Luke. I’m just saying. Irisa clearly has baby fever and I think both her and Alak have done a lot of running from their alien origins. They really are the future. Just throwing it out there. Oh and Doc Yewll is still the greatest.