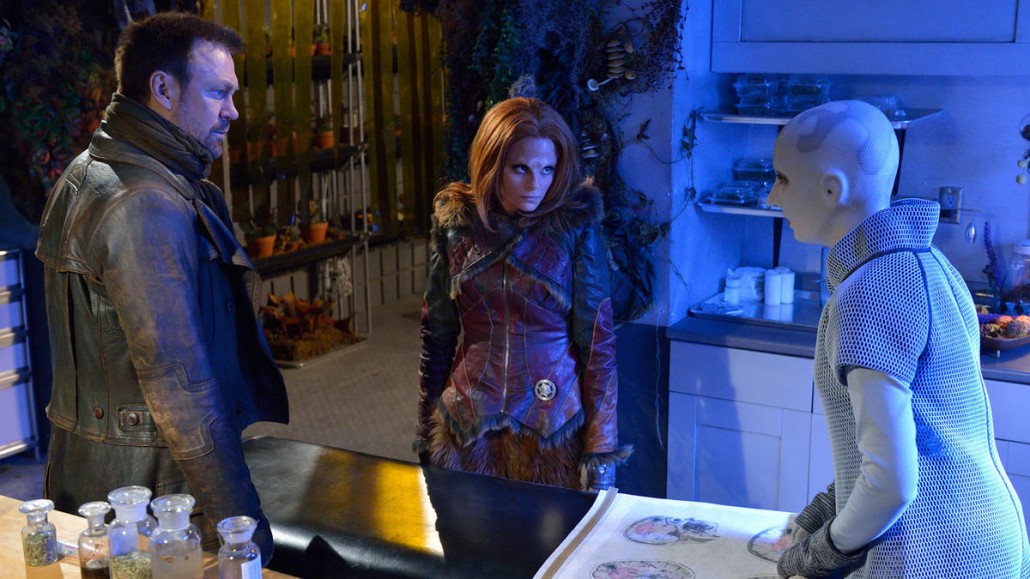 I’m a little late with this review because I’m getting ready for San Diego Comic-Con but better late than never. Since this is a busy week for me I will keep this review pretty short. I’m really enjoying what they’re doing this season.  Doesn’t seem like they’re dwelling on things too long. I feel like last season it would have taken them 5 episodes to address the Arc-Tech joining Irisa & Nolan (By the way, I called it). This season they’re a lot more streamlined and I believe the pacing and flow of the show is better for it. 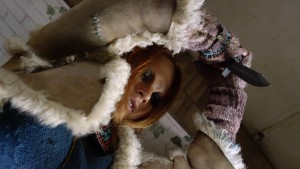 I believe this episode gives us something that has been long overdue and that’s a look back into Nolan & Irisa’s childhood before they came to Defiance. What we have is two broken people that bonded together but as we learned this episode, it wasn’t as smooth as we (or Nolan) believed. Nolan lost his innocence when his sister was killed because of his hesitation. Finding out about Rebecca and what happened gives new perspective on what makes Nolan tick and why he can come off so cold to Irisa. I think Irisa was right when she said that Nolan didn’t see her as alien and treats her as if they’re the same. This ties into their issues from Season 1 and 2 and it is a valid point. Nolan doesn’t seem to want to recognize that Irisa is not human and that he can’t make her into a mini him. Irisa’s reason for not killing Nolan that night was that she wanted to separate herself from him and prove that she’s not like him. The death of Rebecca turned Nolan into a monster and while he tries to hide it, it’s still there. A good way of looking at is is that Nolan is a monster pretending to be a good person while Irisa is a good person pretending to be a monster. I believe the decision to have Doc Yewll repair the arc-tech versus remove it will be a good one. We got Irisa and Nolan separated last year and I think that’s part of the reason the season struggled. By forcing them to stay within close distance of each other, it forces them to finally deal with their issues which is good for the show.

Doc Yewll is still my favorite character on the show. Her biting sarcasm and bedside manner is only rivaled by the hologram Doctor from Voyager. When she told Samir “Welcome to the Suck” I nearly lost it. I also enjoyed her little back and forth with Kindzi “See, I was going to kill you slowly. I like a little bit of foreplay.” We also got a little dissension between Kindzi and her father. I think we all know that she’s not going to destroy that material she got from the Doc. 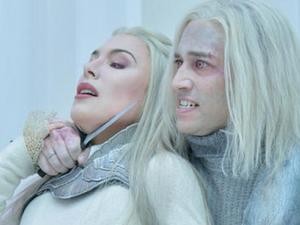 Finally, way to go Alak. With Christie gone, Alak is my new character I’m rooting for. He’s come such a long way from what he was in Season 1. He went completely Jack Bauer this episode and I loved it. He killed the guard who was watching over him then was able to cut and escape General Tak. Then we end the episode with him with a knife to his mother’s throat and he doesn’t seem very happy. I did catch that Stahma was trying to say she didn’t kill Christie but maybe she was trying to say she didn’t do it on purpose and had no choice. Wouldn’t be the first time a character we thought was dead came back. That’s still a long shot though. It will be interesting to see what Alak does now that he’s escaped and back in Defiance and what does this mean for his parents. Stahma is still working T’evgin but as he said he is not willing to do anything to jeopardize his family. So we’ll see.

Again, sorry for the short review but I have to go back to prepping for SDCC. I will make sure the review for the next episode is more in-depth to explore some of the fallout from this episode.