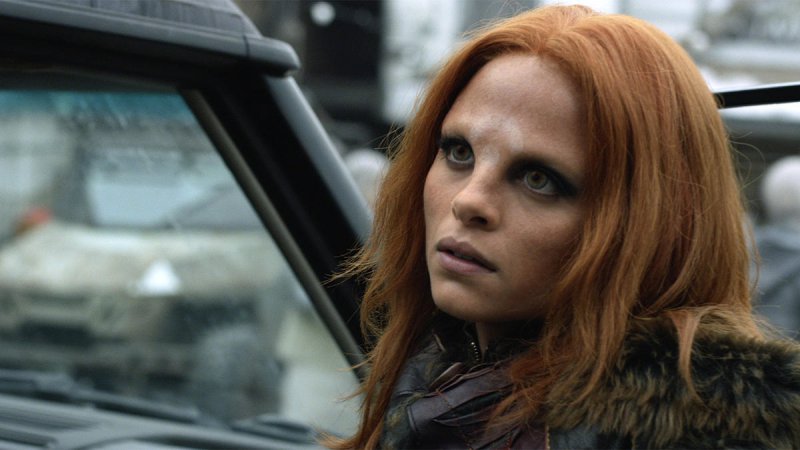 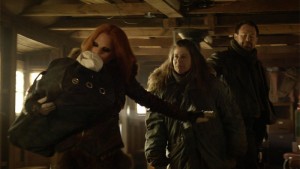 Apparently they really really hated the McCawley family on Defiance. They seem to be on a mission to wipe everyone out. I’m still holding out hope that Christie is somehow still alive but I’m fully aware of of how that is an even more delusional position than the people who are in denial of the fate of [redacted] on Game of Thrones. At least I admit that though. Anyway…I like that this season they seem to be moving at a fairly rapid pace. I thought for sure they would string out the Pilar/Baby storyline but they capped that pretty quickly. I don’t think Pilar is dead but I’m glad Nolan shot the fuck out of her. While her motives do seem to be about her “family” the reality is, Pilar is not only still crazy but self serving. She wants her family around for herself, not the other way around. Maybe that plays into her mental state but I don’t see her (at this point) ever sacrificing for her family. She took the baby from Alak who had a better chance of survival with the child all for her own selfish reasons. So, yeah…I was glad Nolan shot the fuck outta her.

It’s still early but I like what they’re doing with Irisa. They’re giving her more humanity which is something she’s been lacking as a character. It also puts her in conflict with Nolan and can end up changing their relationship. It goes to what I suspect is the theme of this season which is to shake things up. Irisa is tired of killing and its clear that she wants something different for herself. Nolan on the other hand, is a soldier. He’s always been a soldier. Even when he rescued Irisa, he wasn’t prepared to raise a child. So Irisa’s been raised by a soldier, one who is called a “butcher” by many of the Votan. Nolan has become numb to it and views it as just something he has to do. Irisa on the other hand is struggling to try to find another way. It’s an interesting contrast from how we first met them in Season One. It was Nolan who was trying to escape his killer past while Irisa was more cold. I’m very interested in seeing how this plays out. Irisa immediately drew to the baby and had a tough time giving him up. I see that baby playing a pivotal role for Irisa and we could see her becoming more of a protector for him. 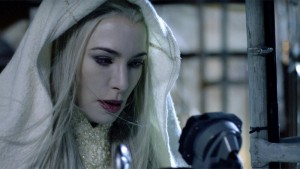 The Tarr’s back in Defiance means things are going to get a lot more interesting. There’s so many bits and pieces surrounding them. First off, they’re in a tough spot. If they don’t do as General Tak asks, then he will kill Alak and eventually he will lay siege to Defiance and kill them too. Helping Tak is no better because now they risk being caught by the people of Defiance and then there’s a pretty good chance that once he’s burned Defiance to the ground, Tak will kill Alak, Stahma and Datak anyway. I also like that fact that there are other factors at play here. The scene with the tub is one that has me wondering where Datak really stands with Stahma. Again, she’s the smarter of the two and last season gave her so much freedom I’m not sure if she’s ready to give that all up. I thought her scene with T’evgin was intriguing. Did she learn that there was an Omec in Defiance and this is part of the General’s plan or is Stahma being Stahma and running one of her schemes? Or…does she really have some kind of attraction to him? That’s the beauty of Stahma. You can never tell with her. Is she being genuine or is she scheming (or both). A powerful Omec ally could be just what she needs right now.

I thought the best scene of this episode was the one between Datak and Amanda. She has every right to hate the Tarrs. But she also knows she needs Datak right now. It’s going to be interesting seeing how this plays out. Datak is already betraying Amanda and Defiance. What's going to happen when Amanda finds out? If the beginning of this season is any indication, there's no guarantee that long standing characters will survive. Could this be the end of Datak (or even Stahma?)? 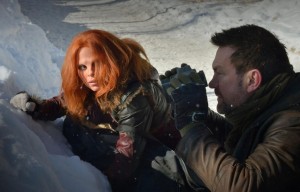 If there was one issue I had with this episode is that Nolan and Irisa were able to pull of that sabotage of Tak’s base way too easily. Maybe it’s just the way they shot the scene but it didn’t make sense that Nolan would be able to pull this off. They said there were 100’s of guards but somehow Irisa just waltzes in, gets captured then is able to escape while Nolan covers her with a bolt action sniper rifle? Yeah…not buying it. This did however set us up for the inevitable Nolan vs Tak showdown. It's clear that Tak has a score to settle with Nolan although I'm not sure Nolan is all that aware of who Tak is. It also showed that while he's given the appearance of being a great and fearful leader, the General got out worked by Nolan and Irisa. Nolan and Irisa were able to take out the best weapon the General had for laying siege to Defiance and they did it while having a baby with them. Not a good sign for the General. But Irisa's inability to kill could also come back and hurt Nolan. End of this episode we get Nolan calling her a liability and that he can't trust her in the field. While it's true, this goes back to what I mentioned in the last review about Nolan struggling to find a balance between being a father to Irisa and being soldier. Right now he's struggling to find a balance. We get extremes with him. This episode opens with him teasing Irisa about the book and being a loving father. But the end of the episode is almost like a commanding officer reprimanding a soldier. If he doesn't find a balance soon, he's going to lose her.

This was a solid episode. Not as much shock value as the first two but its clear that they aren’t trying to waste time or draw storylines out. Looks like General Tak is going to end up in Defiance soon and we aren’t going to dwell on the build up for that. I think the real issue will be what happens when the rest of the Omec wake up. Remember, T’evgin told Staham the same story he told everyone else about how everyone else is dead. Ship full of Omec is going to cause a lot of problems. I also love that they're starting to humanize Irisa.