Defiance Review – S3E11 Of a Demon in My View 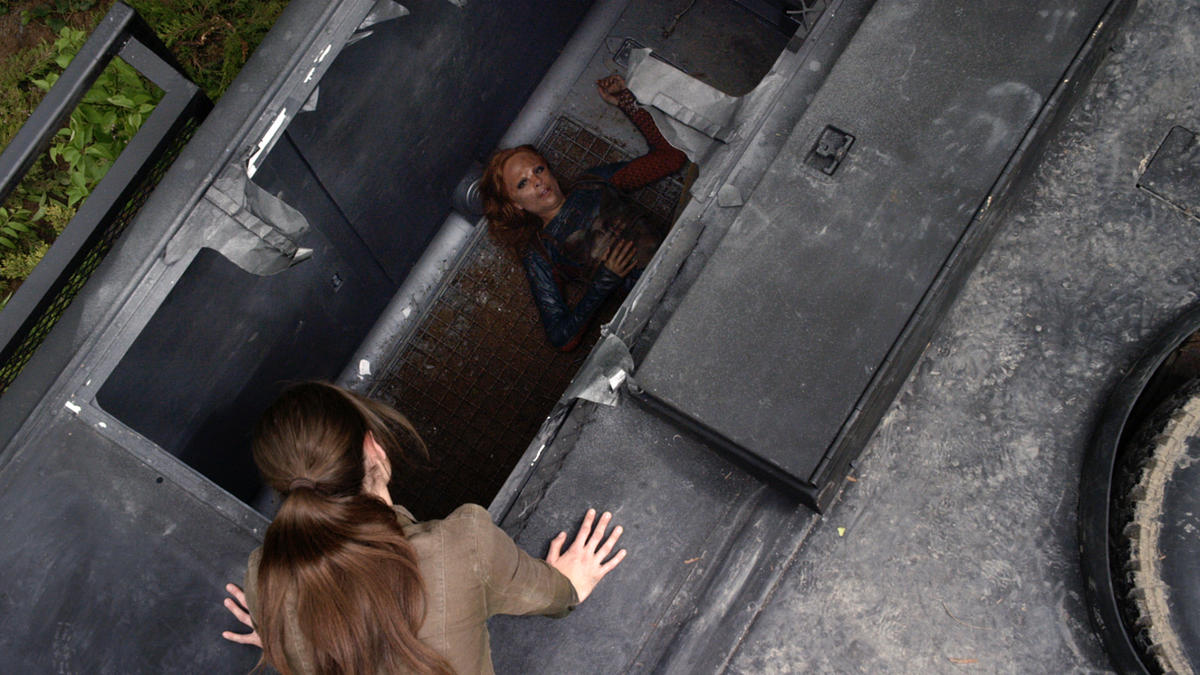 I was a little worried after the last episode of Defiance but Of a Demon in My View, got back on track for me. There were still a few things that were off for me but overall, I think this episode kept in line with the majority of this season. It’s funny, in my review for the last episode of Dominion, I talked about how the women really were the focus in that episode and taking charge. The same could be said for this episode as the 3 main male characters are basically at the mercy of women. 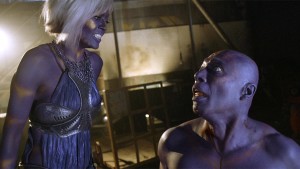 Stahma warned T’evgin about his daughter but he didn’t want to listen. It’s ironic actually, because both Stahma and Kindzi have traveled similar paths. Both were more ambitious than the men in their lives believed and used that naiveté to improve their station. They both even went after other lovers when their main lover started to favor others. The difference is, Kindzi is fully committing to her plan while Staham didn’t. Last episode I was taken aback by Stahma’s sudden feelings for her husband but this episode makes it all more clear to me. Stahma wanted Datak to suffer, she wanted to elevate her position but she also had a line she wouldn’t cross. Kindzi is different though. Sure she loved her ‘father’, but her ambition and need for the Dread Harvest was greater than that love. That’s the downside to trying to change hundreds/thousands of years of tradition and thought. T’evgin thought his word and command was enough. He didn’t heed Stahma’s words when Stahma knew exactly how this would end because she could see a bit of herself in Kindzi. I knew that Kindzi would end up killing him and normally that predictability would bother me. But in this case, it was just the obvious conclusion. I knew that T’evgin would let his guard down and Kindzi would use that opportunity to kill him. At one point I thought maybe T’evgin would survive (Hey, they said Omec are tough to kill) but then Kindzi cut out his heart (I’m assuming it’s his heart) and ate it.

Not sure what the point of having Berlin leave only to come back this episode. Well, let me clarify that, I do understand what the point was but I think it’s too soon to bring her back to really hammer it home. That said I’m glad she’s back in Defiance. I guess my issue with seeing her leave was that I really do like seeing her interact with Irisa and Amanda. That “thanks for not leaving me” “You mean again?” exchange between her and Irisa was great. Berlin belongs in Defiance but if they were going to bring her back this soon they might as well have never let her leave. 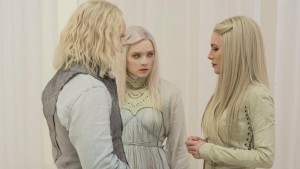 Andina is an interesting case. I’ve been keeping my eye on her for a while and while she’s always in the background, she always appears to be up to something. Honestly, I see a lot of Stahma in Andina. She can’t really be trusted. Like Stahma she understands how to use loyalty and submissiveness to her advantage. Now one thing that makes me wonder is, Stahma seems to believe that Andina would be perfect for Alak but because I don’t trust her, what if Andina is actually going after Datak? That would be such a “Stahma” thing to do that It’s now what I think of when I see Andina. Remember, she went to the reception with the Vice Chancellor on the arm of Datak because Stahma was going with T’evgin.  I also loved the fact that while Datak was able to hire some men to guard Stahma, they made it very clear that they were doing it just for the money. This was important to me because it felt like Datak had gotten some of his prestige back last episode and I needed to know that he didn’t. The guards pretty much told him that he no longer had the standing to warrant them risking their lives to save his family. They’re traitors. If the money is good, people will do the job but only go but so far. 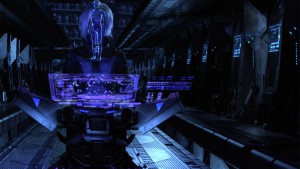 Now the question is where do we go from here? One Omec took out that VC caravan and left (almost) no survivors. With Kindzi waking the rest of her Kin, how does anyone stop them? Also, what happens with Irisa and Nolan assuming they survive the Omec? Amanda and Berlin burned some of their belongings with the caravan so it would appear to the VC that they’re dead. But eventually it will be revealed that they aren’t. So what’s next on that front? With two more episodes left, I’m hoping this season finishes strong. I think the end of the season has always been the biggest issue with Defiance’s seasons and I’m afraid that they might run out of steam. There’s so many things that have been happening lately that there’s no way to wrap them all up and I hope they don’t. It would be nice for this season to end with Kindzi and the Omec running Defiance and using the people for food. The end of this episode revealed that Doc Yewll didn’t kill Samir but rather has him locked up along with Datak and quite a few others in cages, ready for Kindzi and the rest of the Omec. These next two episodes will be important.