Defiance Review – S3E10 When Twilight Dims the Sky Above 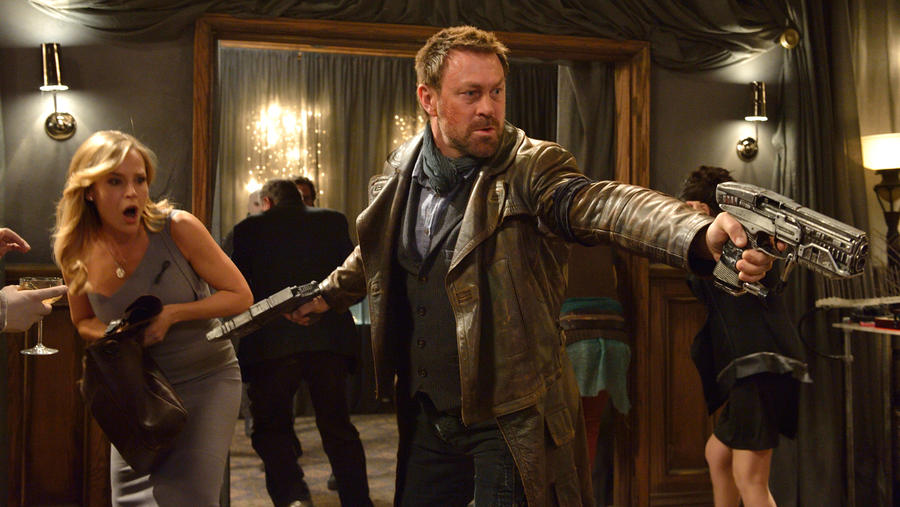 After two fantastic episodes of Defiance, When Twilight Dims the Sky Above, took a bit of a step back to me. Overall I enjoyed the episode and it definitely kept up with the tone of the rest of season. However there were a couple of key decisions made for characters that I think were poor choices. This is representative of a problem that this show routinely runs into which is that as it gets close to the end of the season, there’s a rush to find easy solutions to complex issues. 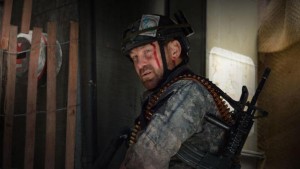 My first issue is that Nolan’s breakdown is being attributed more to the arc technology in his brain and less with him having a legit breakdown. I felt that the last episode was a turning point for Nolan. The death of the milita and finally the suicde of Hinder broke Nolan and that wasn’t because of the arc tech. He’s a solider that’s had to become a general and he just all the men and women under him. He should be having a legit breakdown. Now I understand that they’re trying to say that that the arc tech in his brain are amplifying this but it felt like more emphasis was put on the tech and not on him having a legit breakdown. War is hell and Nolan has been suffering from PTSD for a long time. There honestly really isn’t even a need to blame the arc tech for this. As far as Nolan was concerned, General Tak was operating under the authority of the Votanis Collective. Having the Vice Chancellor show up and talk about peace now after what happened, its actually believable that it would send Nolan over the edge. The reason why I would rather have Nolan’s breakdown be 100% organic is because it’s just would have added more weight to his actions. He still would have been “innocent” due to temporary insanity but it would mean that it would also finally be time for not only Nolan, but everyone else around him to reality it’s time to sit down and get him some help. Irisa and Amanda should have noticed that Nolan wasn’t well and done something about it. 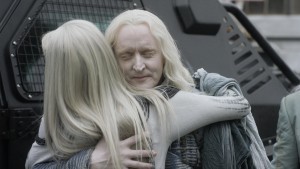 Another issue I had with this episode was the return of Datak. While I’m not surprised by his return, I am a bit surprised by his attitude when he returned.  It feels as if the old Datak is back and he hasn’t learned a thing. This is a HUGE step back from what they’ve been developing for the character. I expected Datak to return humbled not basically as the arrogant dick he was before he was put on the shaming rack. I also wasn’t feeling Stahma’s reaction to Datak returning. Yes that’s her husband and I’m not surprised she still has feelings for him, but Stahma has been cold to Datak for almost 2 whole seasons and now she’s back to being madly in love with him? I just didn’t buy it. While I didn’t expect her to take T’evgin’s offer to go to Australia with him, running back to Datak just seemed out of character at this point. Honestly, I was excited about the prospect of a humbled Datak and an even more ambitious Stahma. What we have right now is almost a return to their Season 1 forms. Just felt off. Now having said that, everything will be made right if Stahma admits her feelings for T'evgin. I don't believe for a minute the feelings are only one way. Sure he loves her, but she loves him too.When she stood up to him and basically told him that he is better than the monster everyone believes him to be, that was real. She cares about him. I'll be fine with this episode if they can turn the love triangle into one that sees her eventually going with T'evgin. 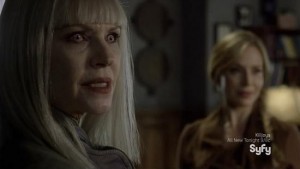 Now, while those issues did bother me, this is still a good episode. Once I get pass the initial disappointment, there’s more of the same from this season to enjoy. It didn’t even bother me that I knew the moment she showed up that Vice Chancellor Silora would be killed. She had to die. It was even more obvious when she brought up that her father was killed and it was his death that set off the initial war. Once that was said I also knew that it would be Nolan who killed her. The reason the obviousness of her death didn’t bother me was because of the throw away line they had in there about how the assassin who killed Silora’s father was never caught and that it was never proven it was someone human. This makes me think that it wasn’t someone who was a human and that it was a plot from within to kick off the war. And now I have to wonder what happens now that Nolan has killed Silora and everyone knows it.

Kindzi’s back despite Doc Ywell’s best efforts to pull out the control device. Stahma’s warning to T’evgin was right. When I saw that the drones had been reprogrammed and put T’evgin in stasis all I could think of was the scene in X-2 when Magneto says to Xavier “You should have killed me when you had the chance Charles!” Now the question is: What will Kindzi do next and more importantly…who is going to stop her? One Omec is enough but if she decides to wake the rest of her family, Defiance is going to have problems bigger than dealing with a pissed of Votanis Collective (for real this time).

[divider]
All in all I enjoyed this episode. This is still the best season of Defiance by far. I am disappointed in how they handled Nolan’s breakdown and Datak’s return (and Stahma’s subsequent reaction) but I can’t be too mad or upset since the quality of the episode is still great. With the season almost over I’m expect things to really end in a fucked up way. Defiance never really ends on a happy note and this has been a gut wrenching season so I don’t know if I’m prepared for the end.