Defiance Review: Put the Damage On 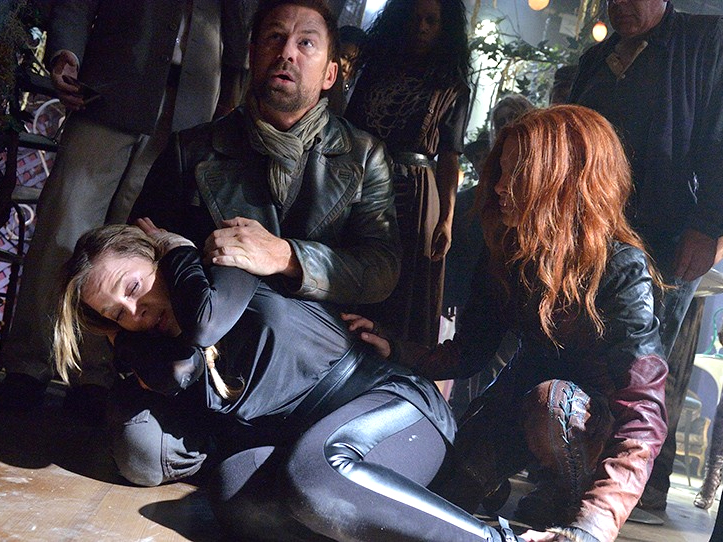 This episode of Defiance didn't seem like much at first but as it gets closer to the end you start to realize it's a smaller piece of the much larger puzzle. 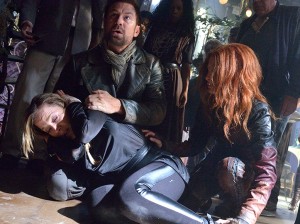 This is your brain on drugs.......and illegally acquired and implanted Voltan nanites

They should show this episode of Defiance in schools as part of their "Don't Do Drugs" program. Amanda is such a junkie right now. It's such a stark contrast from the Amanda we saw in Season One. While it seems like it's an uncharacteristic fall, the more we learn about Amanda's past the more it's incredible at how strong she was before. She's maintained through a rape (before the events of the show), the man she loved being killed, losing the mayoral race to Datak then watching as his stupid actions brought the Earth Republic in. Through all that she maintained pretty well. But losing Kenya was the final straw for Amanda. She's clearly self medicating her pain away. 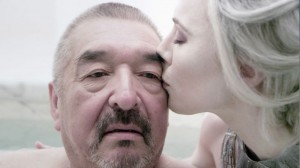 This is called "the cure for erectile dysfunction"

Yeah Datak, you're not going to find a way to win your family back by reading a sexist religious book. Stahma's already solidifying her power. She's invited Rafe into her home, rubbed her titties on Rafe's back in that bath and let him know that she's running Datak's business and that she's in charge. Stahma is such a great character because she can threatened you but at the same time make it seem like she's docile and affectionate Seriously I couldn't tell if Stahma was coming on to Rafe, just welcoming him into their home because he's technically "family" or if she was threatening him for beating up Alak and making sure he knew she could easily deal with him like she did Datak. Honestly, I think she was doing all three at the same time. That's a great character.

Datak's little loop hole to at least be allowed back into his home for visits was a nice attempt but it's not going to fool anyone. I was shocked by Christie who seemed to take the most offense to Datak coming back. I'm interested in seeing what happens between her and the human (woman) DJ. Datak's smartest move though was going to Rafe. Rafe is a brute like Datak but he's also more aware and cunning. Rafe is the middle ground between Datak and Stahma. He's not as brutal and hotheaded as Datak and he's not as subtle and stealthy as Stahma, but he has enough of both qualities to be dangerous. Datak's smartest route for getting his family back is to get the Earth Republic out of Defiance. This is a good play for him because it addresses the major issue first, a situation that Datak created. 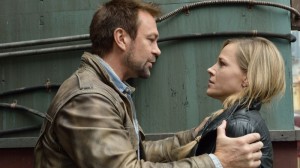 Nolan's not intimidated by Pottinger at all and sees him for who he is. Nolan knows Pottinger is basically Amanda's pusher and he calls Pottinger out for it. Pottinger is creepy. When he started having hallucinations about Connor Lang, I started to get the feeling that maybe Pottinger is the one who raped Amanda. I got these suspicions during Pottinger's conversation with the "ghost" of Connor. The way "Connor" described Pottinger made it seem like Pottinger was a creep (definitely get that vibe) and that he was always trying to be like Connor. And now he's trying to push up on Amanda. I've seen enough Law & Order: SVU episodes to know the signs of the rapist mind set and Pottinger really displays them. It's almost as if he views Amanda as his right. Amanda, being the junkie she is now, doesn't see it. But Nolan does. Nolan clearly only took the job as Lawkeeper in Defiance to try to run interference until E-Rep is gone. Hell, he didn't even want to come back to Defiance. He has no love for or fear of Pottinger.

What is Pottinger Up to? 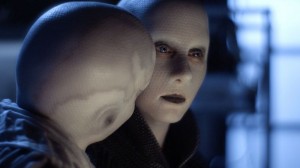 What are Pottinger and Doc Yewll up to? At first I thought they were after whatever is inside of Irisa but now it seems like it's much bigger than that. What do they want with Amanda's memories? Pottinger got Amanda high so they could steal her memories...but for what purpose? Also, remember that box that was stolen that Pottinger seemed really interested in? Well it seems like that was the nanites that he needed to help him accomplish his goal of taking these memories. This is interesting because now it makes me wonder what else does Amanda know? We've been finding out a lot about her this season and it's possible that there's more in her past that even she's not remembering. It was also telling to me that Pottinger was adamant that his memories not be stored anywhere. Makes me wonder what he's really hiding as well.  Also, Doc Yewll has a pretty interesting background.  It's clear she could be labeled a war criminal if her past came out but it seems like she's trying to atone for it.  So even if E-Rep and Pottinger are up to no good, I think Yewll is looking for something that can be used for good.

This episode doesn't seem like a lot but it feels like there's a lot of things working under the surface in Defiance. We're approaching the halfway point of the season and I expect the ball to really start to get rolling and things to pick up even more. I'm still interested in what's going to happen with Tommy. He's starting to remind me of that guy who will always be deputy because he can't see the bigger picture. The Tarr's continue to be the standouts of this show but I'm really beginning to get interested in the Nolan-Amanda-Pottinger dynamic and whatever the hell Pottinger and Yewll are up to.