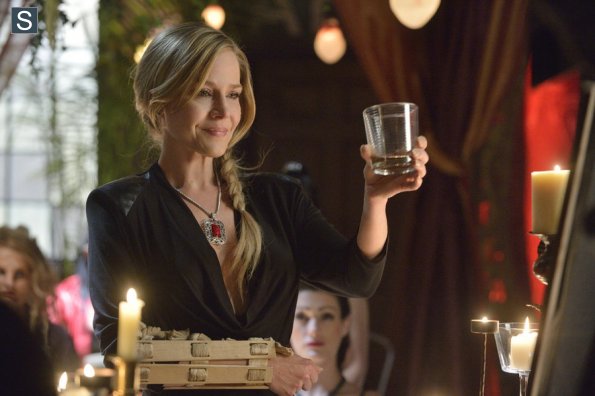 So some of the issues and concerns that I was worried about last episode are addressed in this episode. I was worried that this show was losing focus but in this episode, they ended up tying up a few ongoing themes and issues. There is still a problem with some of the other side plots completely missing from this but my confidence is restored that they will tie everything together. With this Kenya plot, we actually ended up getting a few three major plots addressed. 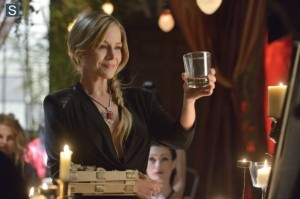 Amanda Rosewater - Amanda has been a complete mess this entire season. When she lost the election and then lost Kenya you can tell she spiraled out of control. She's been slowly getting back to her old self though. She's finally starting to get clean and you can see the set up for her to return as mayor. She even had that conversation with "Kenya" where they talked about her always being a leader.  It's clear this is the direction they're going. With her finally accepting that the real Kenya is in fact dead, I think we will see new passion and leadership from her. Which is exactly what Defiance needs. 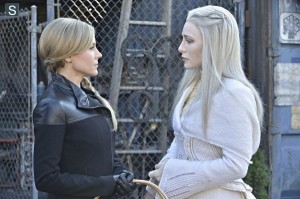 Stahma losing control - We've never seen Stahma completely out of her element like this before and it's much needed. I love this character and think she's one of the most underrated (and best) female characters on TV. However, she's been almost too perfect for most of the last two seasons. Once question I always had last season was whether Stahma really loved Kenya or if Kenya was just another pawn in her game. This episode shows me that she did in fact love Kenya and that it was her one moment of vulnerability and weakness. And for me, it's not that the character needs to show weakness. It's that with Stahma, it's hard to tell when she's being genuine or is just deceiving everyone to gain an upper hand. Stahma succeeds by making everyone underestimate her because she comes off as weak. So to see her actually vulnerable and trying to do right out of the "goodness of her heart" it was interesting seeing no one believe her. First there was Datak who thought she was just manipulating him. He really believed that this was just part of her plan to keep up a lie that she had killed Kenya. He was shocked when he actually found a skull. Then there was Amanda who didn't want to hear a word from Stahma who really had no reason to speak to Amanda at that point. Stahma knew by then that it wasn't the real Kenya and so she didn't need to say anything, but I truly believe that Stahma views Amanda as a friend. Outside of being a lover, that's also what Kenya was to Stahma. Stahma lacks any other strong, ambitious women like herself that she can confide in. So her reaching out to Amanda when she really didn't have to was a very "human" thing for Stahma and I think that's something we needed to see from this normally cold and calculating character. 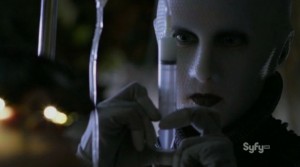 What Pottinger & Yewll were up to - So this is why Pottinger and Yewll were stealing Amanda's memories. Pottinger wanted to create this Indogene Kenya and then rescue her as his way into Amanda's pants. Part of me wants to believe there is something more to this but the fact is, Pottinger is creepy and has always been creepy. There seems to be something bigger going on with his obsession with Amanda (and her ex Connor). I believe I mentioned it before but I wouldn't be surprised if it comes out that Pottinger was the man who raped Amanda and that the baby was his. Even though his plan failed, Pottinger still managed to come out "the hero" while putting all the blame on Doc Yewll. Yewll is an interesting case because she's such a grey area character. She doesn't seem to want to do harm but because of her previous work in the war, she has no problem getting her hands dirty. What I want to know is why she's agreeing to do all this work. We know she believes she can atone for her war crimes but helping Pottinger with this seems to be a bit odd and I'm not sure how it ties in. However, we do know that she's done this before (The old mayor was Indogene looking like a human) and that Irisa is involved as well.  All this is becoming tied together.

All this and guess what? Rafe's son Quentin is back and he's the one that "liberated" Indogene Kenya from the facility. I don't know what Quentin is up to but I think it's safe to say he's back and no longer wants to be the "other son". Also, let's not forget that Indogene Kenya is still out there. She only has a "few months to live" but I think this is a way to keep Mia Kirshner around in case they want to bring that character back.

All in all this was a better episode than last because it tied together several plotlines. I didn't mention it above but we even got a little Nolan-Tommy confrontation over Berlin. The only thing that's been missing is the issues going on with Christy & Alak which stands out because of where we left that (Although we did get a brief confrontation between Stahma and Deirdre). I think it would be a little easier if I had a clearer picture of how much time was passing between each episode. If it's only a day or so then the absence makes sense. But overall things are coming together and this episode put my fears aside and gave me confidence everything would work out in the end.  I do still wish they would give us a bigger view of the world of Defiance but I've come to terms with the fact that this won't happen.