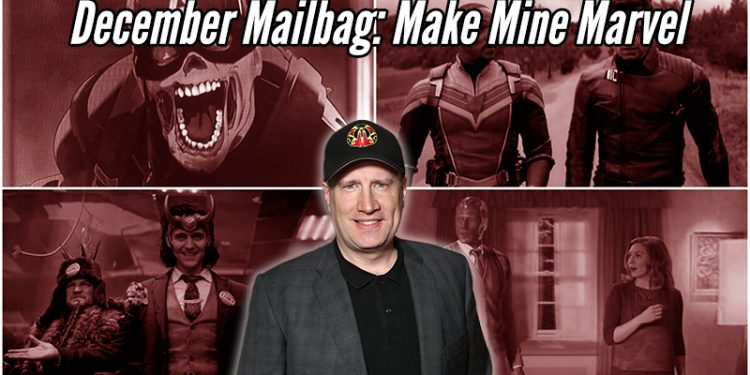 It's the end of the decade that's been the year 2020 and we're here with the final Mailbag of this long, rough year. The good news is that we're wrapping up on (mostly) a good note because the Disney Investor Day presentation gave us so much to be excited for from LucasFilms and Marvel. The next few years are going to bring us a lot of new Star Wars and it feels like they're following the Marvel method of telling these interconnecting stories using Disney+ shows. And on the Marvel side? Well we're getting:

We got trailers for Captain America...I mean The Falcon and The Winter Solider, Loki and What If?

And on top of all that, the First Family is finally getting the Marvel Studios treatment. Fantastic Four is in development as a Marvel Studios property.

Of course we couldn't get out of the year without more news from WB/DC. First, WB has gone full desperate and is putting their full 2021 slate of movies on HBO Max. We know its desperation because they didn't tell any of the exhibitors, partners or directors they were doing it. And some people are NOT happy about that.  On the DC side, we have at least an ounce of a hint of some type of planning for their future. Here's the link to the interview DC Films President Walter Hamada did with the New York  Times. It's an interesting piece that gives a little bit of hope (but also some worry) about the future of DC Films and if they can turn things around. The good news is, they seem to understand they need more collaboration. The bad news is, AT&T seems to be pushing really hard to force them to put things on HBO Max.

But really, with all the stuff coming to Disney+ between Star Wars and Marvel, we can't leave 2020 upset at this point. What a time to be alive.