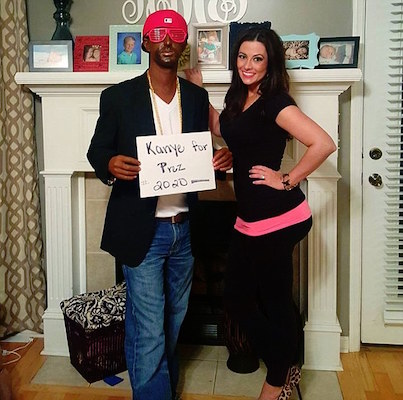 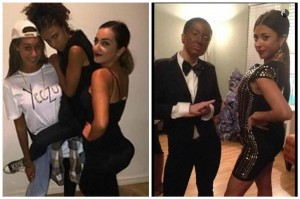 This is a Twofer. UCLA on the left and OSU on the right. Higher Education people

Every Halloween it’s the same thing. What should be a joyous time of candy and costumes turns into arguments and debates over how offensive a certain costume is. I like to deem the week of Halloween National “I Didn’t Know Blackface Was Offensive” Week. We’ve already had several entries and it’s still early. We haven’t really hit our stride until some Frat/Sorority Party at a well known University has pictures leak of their  “Ghetto Rapper Party”. Oh wait..never mind…that happened already at UCLA. I know someone will inevitably dress up as Michael Brown, Tamir Rice or some other victim of police brutality because the death of unarmed black people is hilarious when you (don’t) think about it.

When it comes to not being able to say the “n-word” or wear blackface costumes, white people turn into toddlers. The more you tell them they can’t do it the more they whine, complain and throw temper tantrums about how they should be allowed to. I’ve even seen white people try to lecture black people on the “real meaning” of blackface. White Privilege is apparently better at generating delusions than any other drug on the planet but that’s a rant for another article. 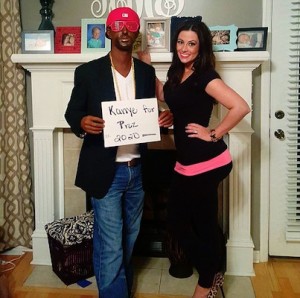 It's okay, he has black friends

Truth is, I’m tired of having the conversation every year. Take the latest incident with the Alabama elementary school teacher, Heath Morrow, who dressed up as Kayne West. His excuses were the same excuses we hear every year. “I didn’t mean to offend anyone.” “If you knew my heart you would know this isn’t who I am.” His wife even threw in the oldie but goodie “Some of his best friends are black.” It’s 2015. These excuses aren’t new, believable or acceptable. Trying to have reasoned discussions explaining why blackface is unacceptable is pointless because the people that still need to be told this aren’t reasonable themselves. Worst part, in a lot of these cases, the offending party only seems to learn a lesson because Black people speak up. Morrow is a teacher, an educator. You would think his job would see this stupidity as disqualifying him for the job but instead they just said "He's very sorry" and he gets to keep teaching kids. The man who didn't know blackface was unacceptable and offensive in 2015 gets to keep teaching kids. This is exhausting.

So I’m not going to do this anymore. Matter of fact, I’m here to tell white people that blackface is perfectly fine for them to do.

If you are white and want to darken your skin to be your “favorite” rapper or celebrity for Halloween…do it. Don’t half ass it either. Add in a fake gun, 40 oz and grillz while you’re at it. Go all out. If you Cosplay and you’re white and want to be Storm or Michonne, blacken your skin as much as you want. Been dying to throw that “Grillz & 40’s Ghetto Rapper” party at your frat house? DO IT. I’m not going to stop you or tell you that you can’t do it. Matter of fact, if you have such a burning desire to go to such lengths as to paint your skin black then I not only won’t stop you, but I encourage you to do it. 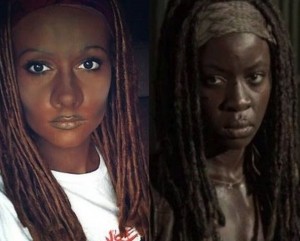 Because you’re apparently too stupid to realize that actions have consequences. Each year we have these conversations like clockwork. I’m tired of trying to educate people who honestly don’t want to be educated. I’m tired of white people claiming “they didn’t know” even though the explanations for why blackface Halloween & Cosplay costumes are wrong have been well documented. Truth is, it’s time to just admit that white people that do blackface aren’t interested in hearing why they shouldn't do it. They’re more upset at being told they shouldn't do it than understanding why they shouldn’t want to in the first place. They fully understand why it’s wrong and don’t care. Much like a teenager who has heard their parent explain the dangers of doing drugs, they’re doing it out of spite. How dare minorities tell them what they can’t do. And they’re right. How dare we? So I am not going to anymore. If a white person wishes to do blackface or darken their skin as a white person, so be it. 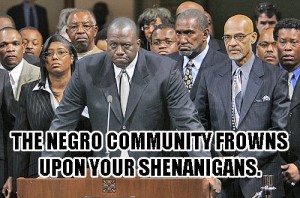 Now that’s not going to stop us from doing everything in our power to make sure they suffer the consequences. If you want to do blackface, hope you like giving apologies at a podium during press conferences. Hope you enjoy being called into your boss’s office and having to explain your actions and why your job is getting bombarded with phone calls calling for you to be fired. Hope you realize that your college career won’t be the sum of your work but the fact that you threw that “Kanye West Blackface Party.” See these are the consequences of doing blackface. I really hope that it is worth it to you.

Word to the wise. If you do decide to defy all sense of logic and sensibility and go forward with blackface because “you just have to do it”. Might I suggest a few things:

So yeah…have fun with those blackface costumes this Halloween. Take plenty of pictures and have plenty of laughs. No one can stop you from having your fun. Of course come Monday you may be looking for a new job (or at least fighting to keep your current job), a new school or trying to frantically remember the phone numbers of your black friends but…it was worth it right?