DC Fandom – No Trust Us, We’re Serious This Time 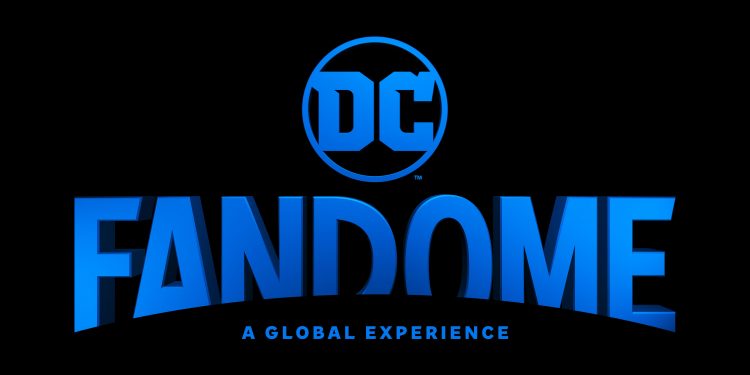 Saturday was DC's 24-hour virtual event, DC Fandome, where they hosted panels and announced trailers and news for their films, TV shows and comics. For the most part, it went off without a hitch and gave the true believers something to hang their hopes on. At least that’s what I could glean from social media posts because EYE was not going to waste 24 hours being lied too by WB again.

“What do you mean Kriss?”

In 2014 there was their massive DC Extended universe announcement. Out of the 10 films announced, 4 got either delayed or are in development hell (The Flash, Justice League Part 2, Cyborg, Green Lantern). Until this year WB was trying to turn the page on 2 of them (BvS and Justice League Part One).

In 2015 I was in Hall H at San Diego Comic-Con when they brought in Rick Famuyiwa along with a bunch of other directors for their announced films. Famuyiwa was supposed to be directing the Flash. Fast forward a few months he was off the project and The Flash juggled more directors than a circus clown for the next few years. WB of course didn’t bother to replace Famuyiwa with another black director tho

In 2017 there was Geoff Johns and Kevin Smith promoting DC Films Presents: Dawn of the Justice League onn network TV telling us all the great things that would be coming and how awesome BvS would be. Not only that but that this would be the birth place of the DCEU. Three years later and Johns is long gone as head of DC Films (a fictional studio) and WB now has a convoluted, not-completely-thought-out idea of what films (and TV shows) are connected in which universe.

In 2018 they announced a Blue Beetle film was “in development”. Anyone hear any updates on that?

in 2018 New Gods directed by Ava Duverney was announced. Any word yet?

There as the lack of promotion for Wonder Woman.They dropped the ball on International Women’s Day & Month. They finally admitted the marketing for it different than their other films (only after being called out on it) and then the only product endorsement they had was weight loss bars. This lack of promotion could also be seen with Shazam and Harley Quinn & ‘em…I mean Birds of Prey

Oh and who could forget after years of saying there is no Snyder Cut, just this year they reverse course and announce they’re releasing the “Snyder Cut” on HBO Max and giving Snyder more money to finish it because despite all the talk, the “Snyder Cut” was never anything more than the original unnecessary bloat left on the cutting room floor.

No. I love DC. I apparently love it more than the corporate overlords that have been mismanaging the properties since the beginning. Even DC Fandome was sullied a bit before it even started because WB thought it smart to begin the quiet (or not so quiet) shuttering of DC Universe (Their streaming service lasted barely 2 years before they decided to strip almost all of its exclusive content making it worthless), firing a bunch of editors and once again signaling a “shift/reboot/change/“in their strategies.

So yeah, I don’t believe WB and DC when they make announcements. That distrust has been more than earned. That said, for all their faults, DC can cut a trailer and make people look at the shiny objects in front of them to distract from the crusty underbelly that is the inevitable disappointment.

So here are my thoughts on the trailers and movie announcements: 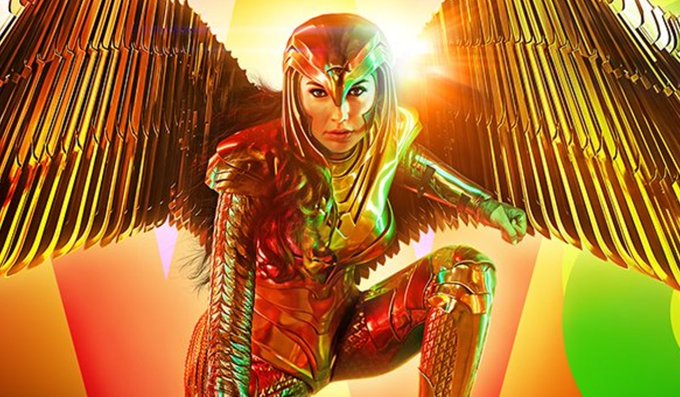 Quick Thoughts: Maybe this time we’ll have a villain and end of the film we can remember

I know some aren't feeling the trailer (I'm in the middle) but honestly, Wonder Woman, particularly with Patty Jenkins in charge, sells itself. It’s one of the safest films coming out the next 2 years for DC. It’s also the one least likely to have WB execs step in. Biggest question is if WB actually markets it properly this time. It’s hard to think they’d mess it up the second time around but then again…WB gonna WB.

Quick Thoughts: Will WB stay out of the way of Matt Reaves and this cast?

On the one hand, the cast is great and Matt Reeves is a fantastic director. Teaser trailer was decent enough as a teaser. Not thrilled with the suit and Bruce's emo haircut. Also, I’m personally tired of loner Batman films. My hope deep down inside is that this movie ends with the introduction of Dick Grayson and we can finally get the 3-dimensional Batman we deserve. A lot of folks may have Batman fatigue when it comes to the movies. We've had 5 different live action Batmans over the last 28 years.  Seems like every few years we're getting a reboot and that only counts the film versions and not animated/games/TV. And outside of the horrible Batman and Robin, each one has shown Batman has some brooding loner and right now Reaves' version is looking to carry that on. Personally, I think it's a mistake and believe that the way to get people over Batman fatigue is to start showing the other side of Bruce (Bruce the father and mentor). Plus judging from the reaction to the Gotham Knights game trailer, people are hungry for other stories involving the other members of the Bat family.

But outside of that, the film should still be good. The biggest unknown with this film is if WB will get cold feet and job in and start messing things up. If they don't, it'll be great. If they do (which is their MO) this could be a disaster with a "Release the Reaves cut" movement plaguing them for years after the theatrical release. 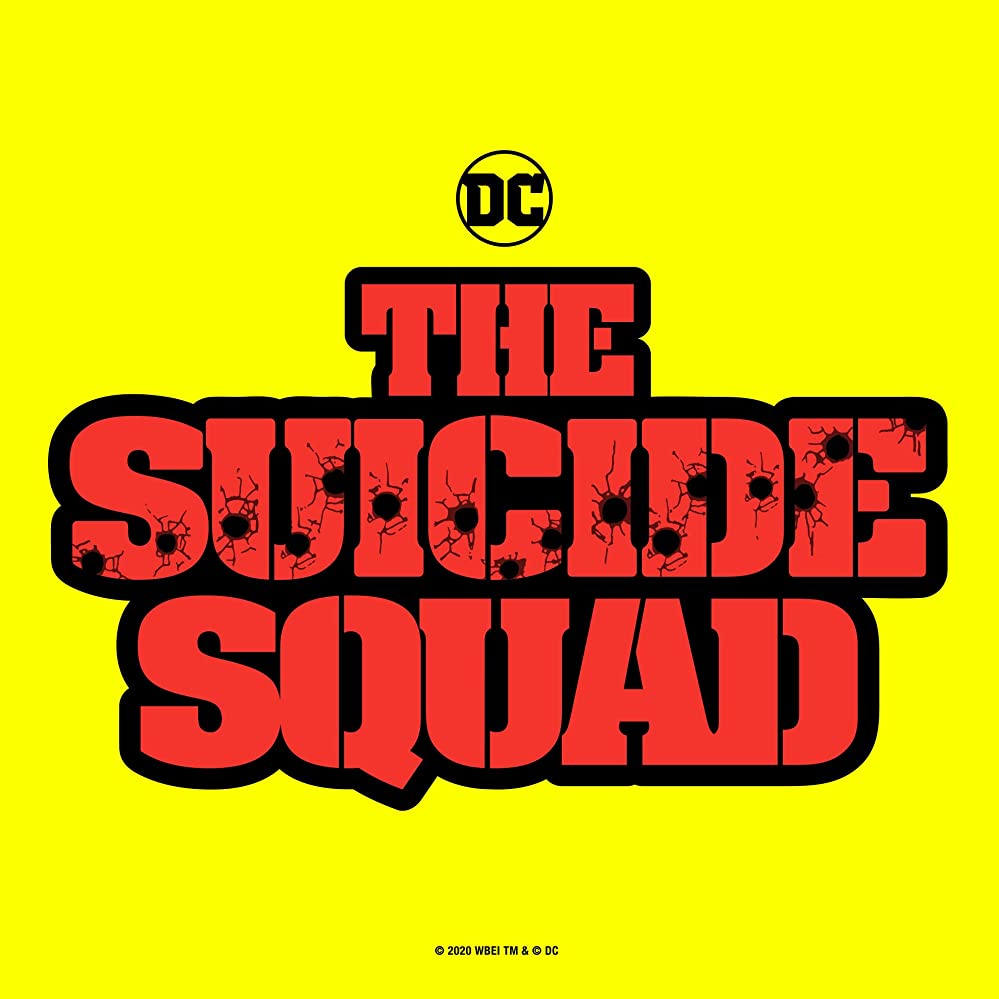 Quick Thoughts: Almost all of them are going to die.

They let James Gunn put basically a bunch of nobodies (character-wise) in the film. They don't really care about any of the characters in it (with the exception of maybe Harley). Plus with 2 Guardians of the Galaxy movies under his belt, they'll stay out of his way. Honestly Gunn had me ever time he mentions John Ostrander who had one helluva Suicide Squad run. That, plus Gunns previous work involving a group of nobodies, has me confident that this could actually be good. 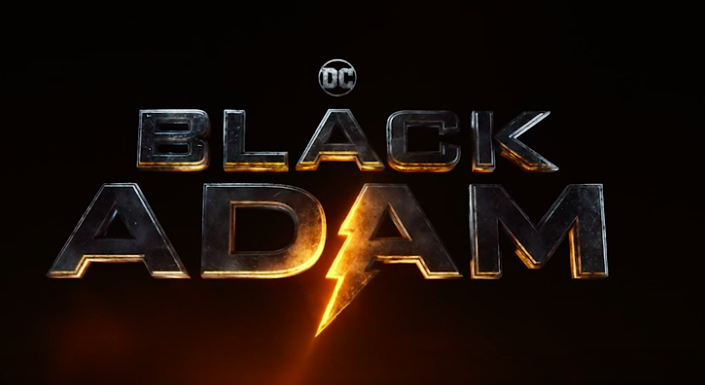 Quick Thoughts: December 22, 2021? LMAO. Has Johnson even tried on the costume?

It’s been 13 years since Dwayne Johnson was cast as Black Adam. THIRTEEN YEARS. And for each one of those years, my interest in seeing Johnson play this role has reduced to the negative numbers. Had DC not taken a ridiculous amount of time putting this film together, they might have caught me at my more naïve moments and gotten me. At this point though, I'm not convinced that at this point in his career Johnson can play anyone but The Rock in any of his roles.  He keeps talking about Black Adam fighting Superman (Billy Batson IS LITERALLY RIGHT THERE). This is a disaster waiting to happen. And no, announcing that there will be other JSA members in the film isn’t comforting.

Shazam Fury of the Gods:

Quick Thoughts: Not just safe but the only one I'm pretty sure will be good.

WB really didn't care about the first one (you could tell from the marketing) so they didn't interfere. Biggest problem is, by the time they shoot this film, how old are those kids gonna be? Billy Batson gonna be shaving with lightning and talking with a super deep voice 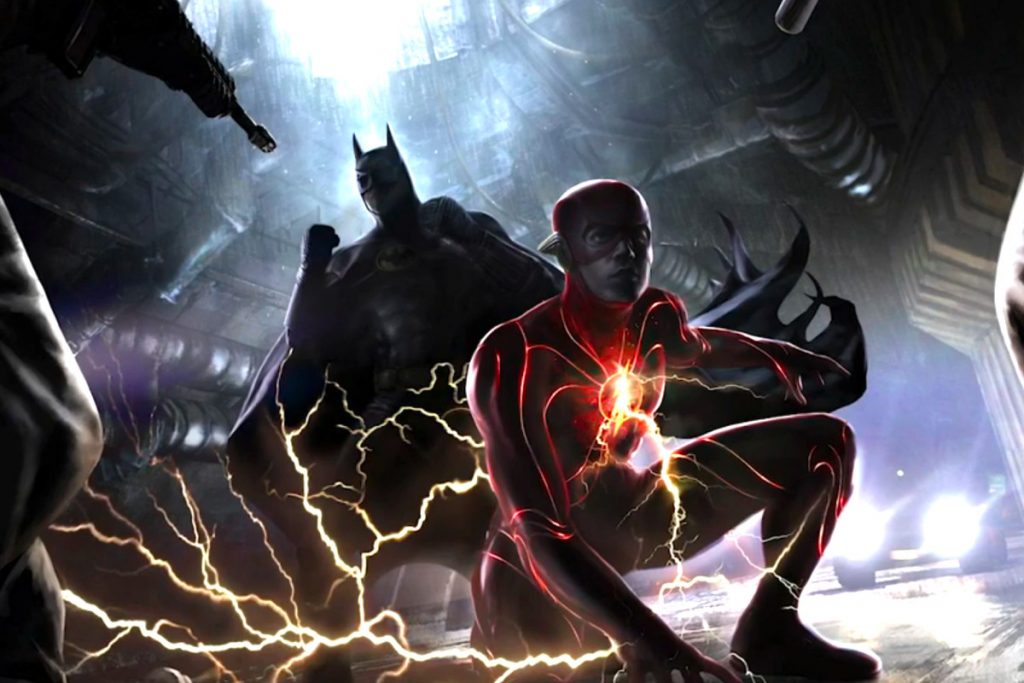 Quick Thoughts: They’re finally giving Flash a proper costume. But did they teach Ezra Miller how to run?

Launching the Multiverse that was already started on The Flash TV show? Sure. Whatever.

Congrats on finally getting a decent suit for the Flash (Six years after a solo Flash film was announced and we're literally at baby steps here). Now teach Ezra Miller how to run (They literally have to teach the Flash how to run. Goddamn it). Also, sitting him down to read Flash comics with BARRY ALLEN in them and not just Flashpoint could help. Maybe that will help Ezra act more like Barry Allen and less like Bart this film? I just have nothing but questions for this film. The fact that they think doing a Flashpoint movie for the Flash's first feature film is a smart idea is pretty much par for the course for the dumb decisions WB makes. This feels like Batman v Superman all over again where WB is going for the name recognition of an event comic without doing any of the set up. In order to do a proper Flashpoint movie, you'd have to first establish and set up Barry, Eobard Thawne and a DC world to change. None of those exist at this moment. The smart way to do a Flash movie would have been to make his first solo movie about him taking on a band of villains...rogues if you will...who are doing petty crimes around Central City. But what do I, a huge Flash fan, know?

Some of the scenes in the trailer were from the original Justice League trailer/movie and some were released by Zack (albeit unfinished) shortly after JL released. Almost none of them were needed (Did we really need to see Vic playing football or a barefoot Barry save Iris?). Four 1-hour parts? I guess I should salute Zack for scamming WB into giving him more money to shovel shit onto the screen. There's a lot of people saying it "feels like a different movie" and that's the power of Zack Snyder spending the last 3 years whining about how different his version of Justice League was (even though he admitted he never actually saw the theatrical version). His choice of music for the trailer was just the icing on the self absorbed, egotistical jackass that Zack Snyder is with this whole thing. This what yall wanted though. It's also another example of WB making a bed of thorns they're gonna be forced to lay in.

WB said they're basically going all in on the multi-verse idea (Reaves/ Batman is in one multiverse, TV in another, Zack's shit show in one, etc) and honestly, its the only thing they could do. There's also the idea of any HBO Max shows being a bridge between the multiverse. In the hands of competent leadership, this could work. WB just hasn't earned that trust from me.

Now too be fair, this means that DC's film universe is becoming just as confusing and just as much of a shit show as DC Comic's multiverse so in that aspect...congrats? This also means that 2-3 years from now they'll scramble everything up again and make it even more of a mess. Now every few years their movies will race towards a "Crisis" to try to make sense of the shit show they created. Can't wait.

Also love how there was no mention of Green Lanterns, New Gods or any of the other thousands of movies they said were "in development" over the last few years. Now maybe some of those will come up in the September 12 DC FanDome Part 2 event that was hastily announced at the last minute to "Explore the Multiverse" which tells me, DC is still trying to figured that shit out.

Kriss and Dpalm will be going over all the news from DC FanDome and more during this month's Mailbag episode so make sure you subscribe to Super Tuesday Recap so you don't miss what we have to say.