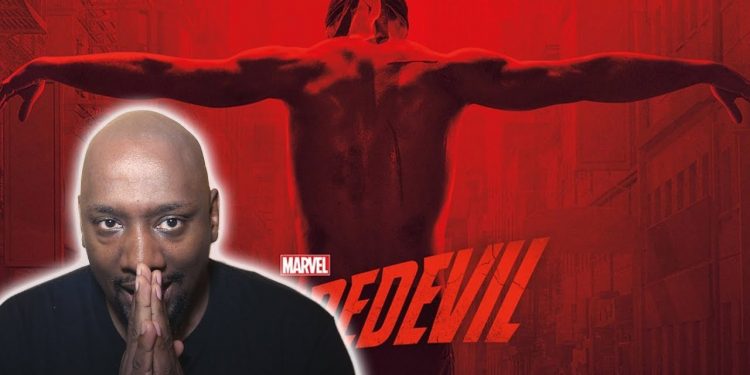 Daredevil season 3 is a tough nut for me to crack right now. Reviewers were only given the first 6 episodes by the time the embargo was up so it's a bit premature to even call this a "season 3 review". Also, this season of Daredevil is a bit of a culture shock coming off sophomore seasons of Luke Cage and Iron Fist that put more focus on tightening up the pace of the seasons (In Iron Fist's case, they even knocked it down 3 episodes). Daredevil season 3 feels like a throwback to season 1, and while that's not necessarily a negative, it does mean that the pace is a lot slower than other Marvel shows released this year and a lot of characters feel like they've regressed. In a way this season is a reset that gives us the "origin season" of Daredevil and Kingpin. We see Matt struggling to get back into fighting shape and get his senses sharp again. We watch as Fisk brilliantly manipulates those around him to build up his criminal enterprise. We're basically watching these characters get built back into the characters we recognized and while that can be an interesting journey, it might not be the one fans were looking for.

The slowed pace of this season is definitely noticeable. As the trailers show, Matt is back in the black "ninja" costume but even that takes a couple of episodes to get to. Thanks to the end of The Defenders, Matt's been having a bit of a rough time. So while the last few Marvel shows jump us right in with the title characters jumping into action, season 3 of Daredevil spends a few episodes with Matt just trying to get his basic senses back. Again, this isn't necessarily a bad thing, as the dialogue and acting are as good as they've always been, but coming off an Iron Fist season that had vastly improved fights in almost every episode, this is a bit of a culture shock to slow down.

If anything the first 6 episodes really focus on Wilson Fisk and Wilson Bethel's "Dex" (Bullseye). Vincent D'Onorfio's Fisk is still a force to be reckoned with. The first 6 episodes do a brilliant job of showing just how dangerous and how much control Fisk has while also trying to portray him as a lonely powerless man who is just trying to protect his wife. It's like watching a magician's sleight of hand trick where they distract you with one hand and pick your pocket with the other. Dex is as a character where you find yourself starting to feel a bit of sympathy for him only to realize he's a monster pretending to be a normal human being.

While the slowed pace is something that can be adjusted for, one thing that does concern me is the fight choreography. It's not that great at points. Now, part of this is by design as Matt is just getting his legs back under him. But there's a big one-shot scene that happens in a prison and for some reason, it just didn't feel like the standard I'm used to on this show. That's concerning cause that kind scene is the bread-and-butter of Daredevil. Now before you panic, the fight between Matt and "Daredevil" that you see in the trailer is really really good.

Bottom line, I think folks that were really excited about Daredevil season 3 will be pleased with what I've seen so far. I won't lie, I was a bit down on this season until episode 6 and that episode got me excited for the rest of the season.

Season 3 of Daredevil releases on Netflix on October 19th.