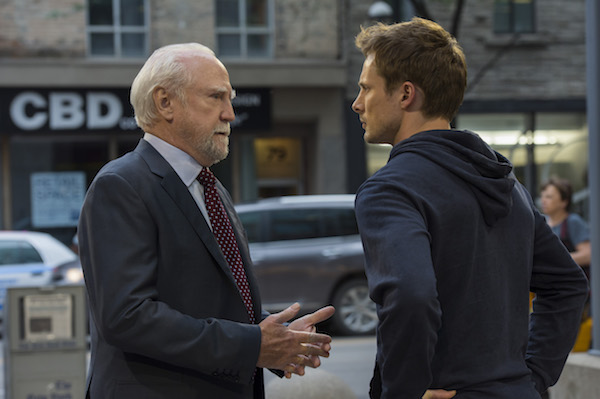 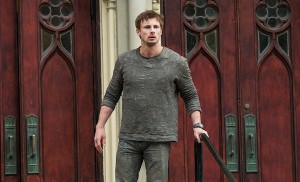 Very rarely does a television show come along that takes a movie concept and build on it seamlessly and flawlessly. Damien is this show. A&E took a chance on Glen Mazzara’s sequel to the 1976 horror film The Omen, and Mazzara did not fail to deliver. The Omen told the story of the birth of the Anti-Christ, and the events that would position him to come to power, including the murder of his rival prior to his birth. The movie became a cult classic, and two largely forgettable sequels followed. In 2006, Hollywood tried to recapture the magic by remaking the first movie, but it paled in comparison to the original.

Damien takes its lead from the original film, picking up on the eve of Damien’s 30th birthday. Damien (Bradley James, Merlin) is now a war photographer who has largely forgotten many of the supernatural and horrific events that plagued his childhood. He and his friend Amani (Omid Abtahi, The Hunger Games: Mockingjay-Part 2) are in Syria when Damien is miraculously spared in a riot following a drone strike. It is here that Damien sees a herald of things to come, an old woman who declares that “it is all for you.” This moment sparks the beginning of a journey for Damien, where heralds and acolytes come out of the woodwork to introduce him to his destiny as the Anti-Christ. Led by the manipulative Anne Rutledge (Barbara Hershey, Beaches) and the sinister John Lyons (Scott Wilson, The Walking Dead), individuals in his life both known and unknown seem to be guiding Damien towards his inevitable fate. Innocent bystanders, including his ex-girlfriend’s sister Simone (Megalyn Echikunwoke, Arrow, The 4400) and a determined Detective Shay (David Meunier, The Equalizer) are working to determine why so much death appears to surround Damien and what his role in these events might be. 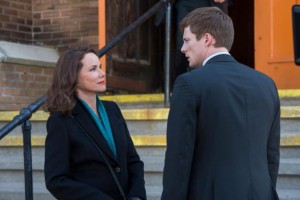 The premise sounds simple, but Mazzara handles it brilliantly, taking us on the journey with Damien and allowing us to experience the 5 stages of grief as Damien is experiencing them. For all intents and purposes, Damien had a normal if not unusual life. The experiences and emotions that war photographers must experience are intense, and we see the heavy burden Damien’s experiences have had on him. In addition to dealing with his normal life, he now has to deal with the impact of personal deaths that we grow to learn are directly linked to his fate as the Anti-Christ. The show works because instead of trying to shove a complex and layered story into 2 hours, we get 10 hours of Damien working through his fate. No episode is wasted or used as filler.

Unfortunately, A&E decided not to renew the show for a second season, and fans have taken to Twitter to see if they can find support from another distributor. This should not stop you from watching the show. It would be great if we had a second season because there is so much left to explore. However, the season ends well, and stands alone as a mini-series follow up to the original movie. Currently all 10 episodes are available on the A&E website.