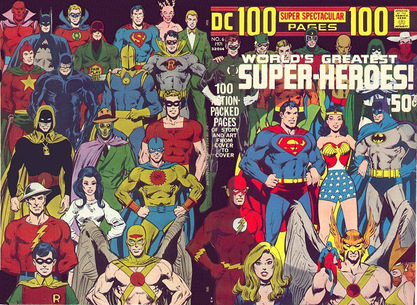 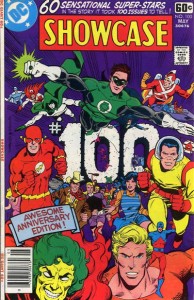 DC Comics superheroes are uniting in a potential new drama series at the CW, a spinoff from hits Arrow and The Flash that will feature several fan-favorite recurring actors/characters from both shows. I have learned that the network has teamed with Arrow creators Greg Berlanti, Andrew Kreisberg and Marc Guggenheim for a project eyed for next season toplined by Brandon Routh, Victor Garber, Wentworth Miller and Caity Lotz.

The untitled project, now in development, is described as a superhero team-up show. Routh, Miller and Garber will reprise their popular DC Comics characters  — Arrow‘s Ray Palmer/The Atom (Routh), Flash villain Leonard Snart/Captain Cold (Miller), and Flash‘s Dr. Martin Stein (Garber). Because her Arrow character Sara Lance was killed off, with her sister Laurel Lance (Katie Cassidy) taking over as the Black Canary, it is unclear whether Lotz will play the same or new superhero. SOURCE

So let me talk about how amazing the timing of this is.  After recording the review of the Season Finale of Agent Carter, I got to thinking.  With all these cool comic book shows we're getting (and soon to get), wouldn't it be cool if someone did an anthology show.  It hit me because I've been watching a lot of those kinds of shows lately (Black Mirror, Fear Itself, etc). We've become very serialized with TV shows these days but I think I would really enjoy a show where each episode was its own self contained story.  It would be a good way of getting more characters on screen without feeling like a show is too crowded.  Then I see this scope from Deadline.  Now I'm not saying this new Untitled show will be an anthology show but, when you look at who they're adding to it, it makes sense. We have A.T.O.M., Captain Cold, 1/2 of Firestorm and a dead Canary (As well as 3 DC characters we haven't seen yet).  While they're all in the same Arrow/Flash universe, they don't really seem to go together.  However, each of them on their own is interesting enough to carry a 1-3 solo episodes themselves.  It would also explain bringing Lotz back.  We still don't know a lot about what happened to Sara when Oliver thought she drown after stopping Slade.

And DC isn't a stranger to this idea.  They have several comic series that have showcased stories from several different characters (The Brave and the Bold, Showcase, etc), so they could really be looking to do something like that on TV.  Also, at this point CW has my trust.  Particularly if Berlanti and Kreisberg are involved.  They've done wonderful things with Arrow and The Flash and with Kreisberg joining Berlanti with Super Girl I expect great things from that over at CBS as well.  If they really go forward with this I think it will finally shut up people who say that these shows should be connected to the movies.  I like that DC is striking out on its own and not just trying to copy the formula of Marvel.  It makes things interesting and so far it's bringing more quality to us.  I love it.