San Diego Comic-Con was the trailer debut for RZA's Cut Throat City, a heist movie set in the lower ninth ward of New Orleans during Hurricane Katrina. The film has a solid cast of young actors like Shameik Moore, Demetrius Shipp Jr, Keean Johnson and Denzel Whitaker as well as veteran actors like Terrence Howard, Wesley Snipes and Rob Morgan.

What makes  Cut Throat City an interesting project is that the filming took place in New Orleans and in the lower ninth ward. The cast and crew got to see first hand the devastating affects of Katrina that still affect the area. They used local residents as their guides and dialogue coaches to help give an authentic feel to the movie. But beyond just authenticity, the cast talk about how jarring it was to see the differences between the downtown areas that were rebuilt and all but forgotten areas of the lower ninth ward.

In the clip below Keean Johnson, Demetrius Shipp Jr and Denzel Whitaker each talk about what it was like to see and experience the stark difference in living conditions first hand.

"For us sometimes we'll show up on a set and the set will be made to look like a tragedy. There wasn't really a joking matter here. Every day it was real to us. There was one scene in this movie where we just walk around and we were supposed to just look at the area. That wasn't acting for us. That was us being in the really area and hearing the stories from different people who have either banded together to help. One of the drivers told me that he went to over to his neighbors house [to help] because the government wasn't going to give him any money. It was all about the community. The community came together because that's all they had." - Denzel Whitaker 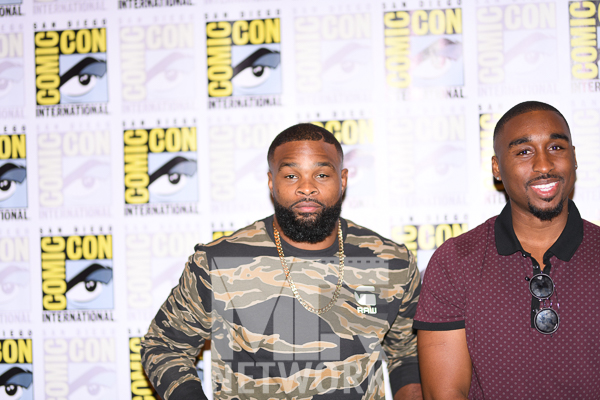