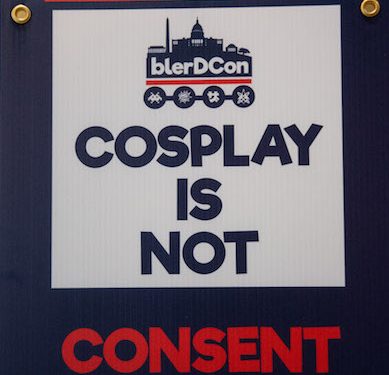 Conventions are excellent places to take photos of amazing cosplayers.  The time and dedication these talented individuals put into their craft is often dismissed as "playing dress up," but it is so much more  to it than that.  Their creativity and vision creates living, moving art that they are willing to share with us by agreeing (with active consent upon request) to be photographed. 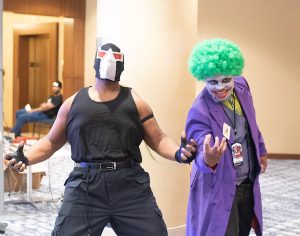 You know them when you see them.  We sometimes joke that the Marvel and Hollywood Chris' are all various level of White Frat Boy Default settings.  Predatory photographers have a certain phenotype-at least the obvious ones.  The biggest indicator?  A person who seems to only be drawn to women with revealing clothing.  A person whose only goal at the convention is to take photos of those women.  A person who in the taking of those photos often invades the personal space of the cosplayer under the guise of "fixing her up" to get the perfect shot. 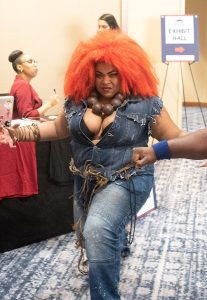 There was at least one of these individuals at Blerd Con this year.  I have seen this individual at Awesome Con as well.  He never attends any panels-he just watches and waits.   Sometimes he stands at the venue entrance and before the individual can even get in the door good he's cornered them.  Sometimes, if they are with another individual, specifically another male, he will behave.  If they are alone however, he will invade their personal space.  The adjustment of the hair.  The touching of the shoulder and other areas of the body under the guise of fixing their clothing.  It's disturbing.

I don't blame the conventions for selling passes to any individuals who want to attend.  However, signs are not always enough to stop individuals like this from creating an uncomfortable environment for cosplayers.  The same individuals who are checking badges should be empowered to intervene on behalf of cosplayers who may not have the ability to advocate for themselves, to ensure that the environment is safe for individuals who want to share their craft with others.   Predatory photographers are going to do this until they are stopped by those with the authority to stop them.  Again, this is not unique to Blerd Con, but this convention can be a leader in shaping the type of environment we want to see for our artists.