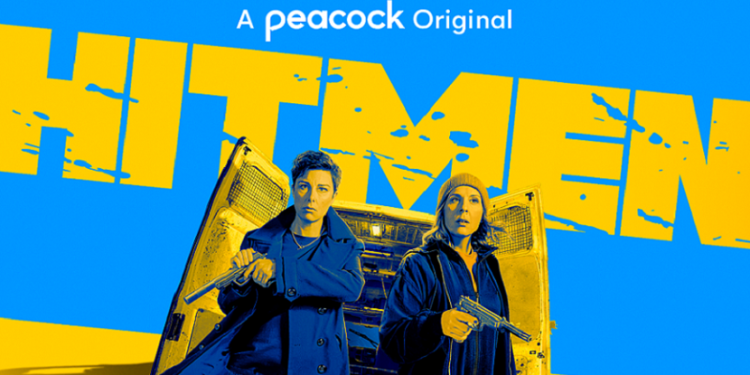 As we head into the fall, it's time to think about what you're watching to bring the funny in your (still) semi-cloistered life.  So, naturally we've been keeping an eye on the original content from NBCUniversal’s new streaming service Peacock for likely contenders. Hitmen, the six episode series debuting August 6, looks like it might be just the thing.

Best friends Jamie (Mel Giedroyc) and Fran (Sue Perkins) are trying to make their way in the world with only each other to rely on. They also just happen to kill people for a living. Fueled by their antics and frivolous bickering, each job inevitably gets derailed, leading them into bizarre misadventures, full of oddball characters and unexpected dilemmas.

Mel and Sue, (The Great British Bake Off) are an award-winning comedy duo certainly capable of bringing the funny. With this pair starring as hitmen Fran and Jamie, this off-kilter series built on being friends utterly ill-suited for their job looks like excellent fun. Keep an eye on the feed because Hitman may just end up under discussion.