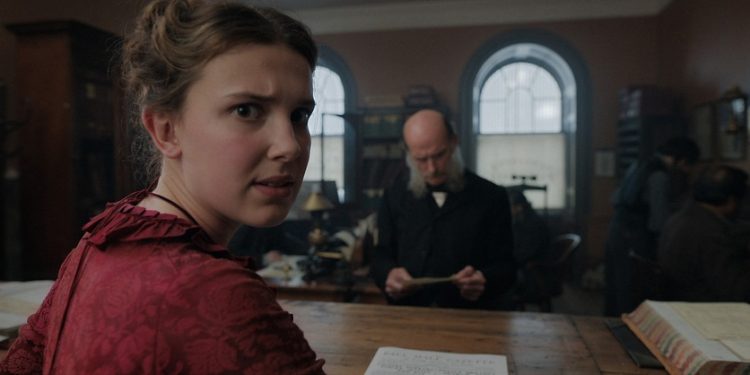 In the age of 'rona, Netflix has been besting the competition when it comes to picking up projects from studios. In April, Netflix acquired Enola Holmes from Legendary Entertainment.

Based on the Edgar-nominated book series, Enola Homes is the story of Sherlock and Mycroft Holmes’ teen sister Enola. This rebellious youth's a gifted super-sleuth in her own right who often outsmarts her brilliant siblings.

Synopsis: When her mother mysteriously disappears on her 16th birthday, Enola seeks help from her older brothers. But soon realizing they’re less interested in solving the case than in packing her off to finishing school, Enola does the only thing a smart, resourceful and fearless young 1880s woman can do… she runs away to London to find her. Meeting a cast of memorable characters along the way, Enola’s caught in the middle of a conspiracy that could alter the course of political history.