Coming Soon to Prime: All In: The Fight For Democracy 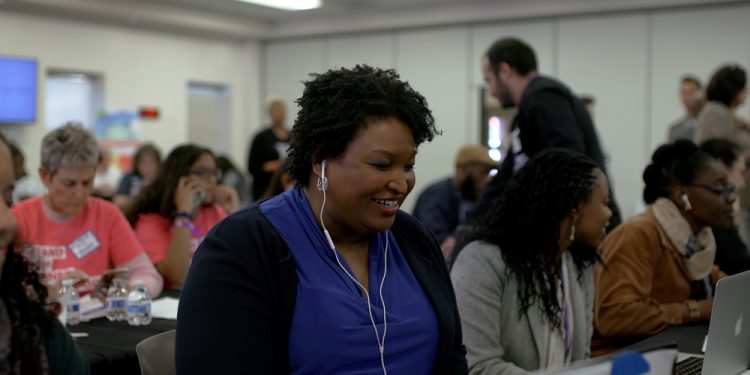 She may not be heading to the big show to fight for the people. But Stacy Abrams is by no means done. She's here to shine a light on all the areas in which people work to erode democracy.

In anticipation of the 2020 presidential election, All In: The Fight For Democracy examines the issue of voter suppression in the United States. It premieres (in theaters September 9) on Prime Video September 18, 2020.

ALL IN: The Fight For Democracy - Official Trailer | Prime Video

In anticipation of the 2020 presidential election, ALL IN: THE FIGHT FOR DEMOCRACY examines the often overlooked, yet insidious issue of voter suppression in...

With the perspective and expertise of Stacey Abrams, the former Minority Leader of the Georgia House of Representatives, All In offers an insider’s look into laws and barriers to voting. The threat is real and the time is now to learn exactly what it takes to protect (and secure) democracy for the people.

In coordination with the film, the filmmakers with support from foundations, private funders, and Amazon Studios are launching #ALLINFORVOTING a non-partisan social impact campaign aimed at educating and registering first-time voters, mobilizing communities to turn out to vote, and training citizens to know their rights and report voter suppression.