‘Coming 2 America’ is High on Nostalgia 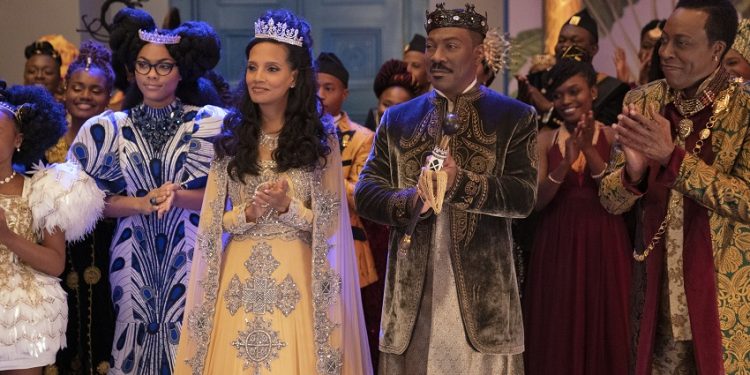 Ro5
Brandon5
Coming 2 America is fun and occasionally funny but don't expect it to elevate the game. This project is content to rest on its original brief.
5

"Coming 2 America" is a reset but not a redo

Thirty years later and we've returned to Zamunda just in time for Prince Akeem (Eddie Murphy) and Princess Lisa's (Shari Headly) anniversary and the King Jaffe (James Earl Jones) to tell his son - from his sick bed - that he has  a son who must be found. Not because it's terrible that this son's grown up outside the family, but because the country's antiquated laws demand a male heir to secure the throne. Never mind the fact Akeem and Lisa have three fierce and talented daughters, Princess Tinashe (Akiley Love), Omma (Bella Murphy), and their oldest, Meeka (KiKi Layne). 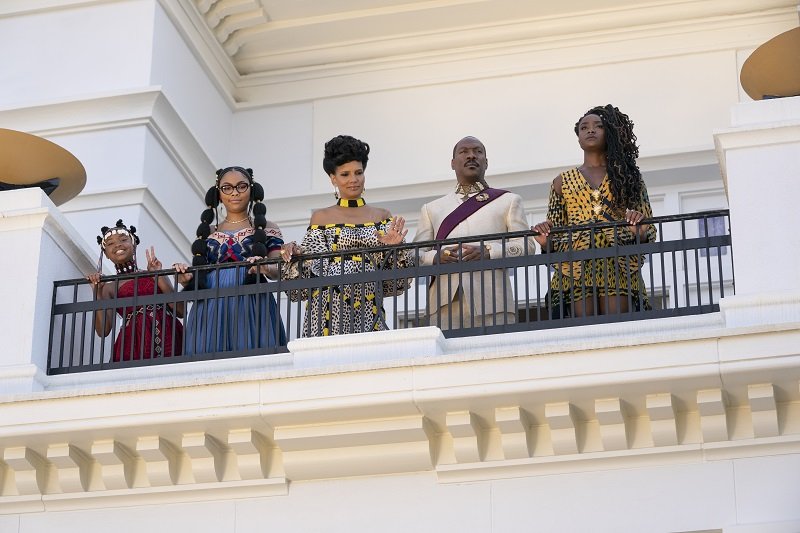 After his father's passing now King Akeem and his trusted aid Semmi (Arsenio Hall) rush back to Queens in search of his long-lost son, Lavelle played by Jermaine Fowler. If it feels like a familiar starting point (with a twist), it's absolutely supposed to.

The jokes are so "inside" this time around and it feels like Prince Akeem, despite having three children, has been frozen in amber since his wedding. "Coming 2 America" is almost immediately hampered by its seriously shallow narrative. Despite a cast chocked full of talent, little effort's made to dig into the multitude of characters, new and old. Thankfully, it's still obvious that Zamunda is a kingdom out of time; this afrofuturistic country is bright, whimsical, and has little "connection" to the reality on Continent.

It's clear, no effort's ever made to get into why Zamundan woman are still so disenfranchised after 30 years. So expect Princess Lisa and her magnificent daughters spend the majority of this romp sidelined. It's sadly indicative of a trend that never ends every time the film runs up on an issue even slightly serious.

The comedic bits and blending of homages and cameos (of which you'll be tripping over by the end) do a serviceable job building a story to vibe with and enjoy. But the inexplicable rushing and decision not to subvert a single trope to make new "inside" jokes makes for a good time.

But it could've been a new classic...

Listen as Ro and Phenom discuss "Coming 2 America" and then get that crew together for that watch party.