If you're anything like me, you're planning on spending a lot of your holiday watching Netflix and catching up on comics (s/o to Isotope Comics, I'm coming to pick up my pull-list, I promise!). So whether you're looking to get your friends and family hooked on some comics or looking for yourself, here's a list to get you started.

For the Younger Fans 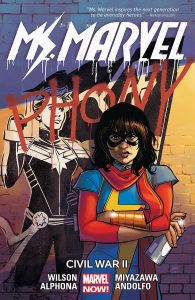 by G. Willow Wilson: This award-winning comic follows Kamala Khan, the Inhuman, Muslim, Pakistani, self-proclaimed fangirl and gamer who tries to protect her small town in New Jersey while navigating young adulthood. She's an example of what happens when someone who idolizes superheroes actually becomes one and she has lots of pitfalls along the way. If you're looking for an entry point into this on-going comic, I'd suggest volume 6, Civil War II, where Kamala deals with issues of profiling and is forced to question her own ideas about what makes people good or bad.

For the Woke Women in Your Life 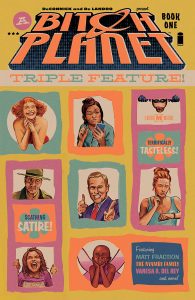 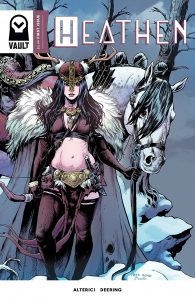 If you're interested in any of the titles listed above, please use our Amazon affiliate link to support the show and purchase these great comics.