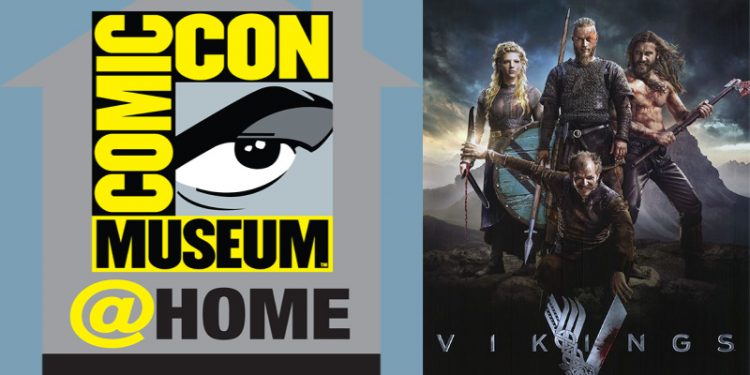 MGM Television announces that Vikings will make its final appearance at San Diego Comic-Con’s first fully online virtual event before the second part of the sixth season of Vikings airs on the History channel this fall.

July 9, 2020 - Vikings fans have come to expect epic SDCC experiences from the TV series that chronicled the adventures of Ragnar Lothbrok (Travis Fimmel) an actual historical figure, and his family as they live among the savage realities of the Viking culture.

Fans have witnessed a funeral parading through the streets of the Gaslamp District and culminated at the Harbor, had the opportunity to train in axe throwing to become a real Vikings warrior, they were able to meet with The Sear to have their fate foretold, and ride a longship, among others.

MGM Television invites Vikings fans to a very special panel during San Diego Comic-Con@Home 2020, “Vikings: A Look Back with The Lothbroks.”

Fans will also be treated to an exclusive clip from the second half of the sixth and final season of the series beloved by audiences around the world.

The panel will be moderated by Kate Hahn, Senior Writer, TV Guide Magazine and will be released Friday, July 24 at 11AM PST.