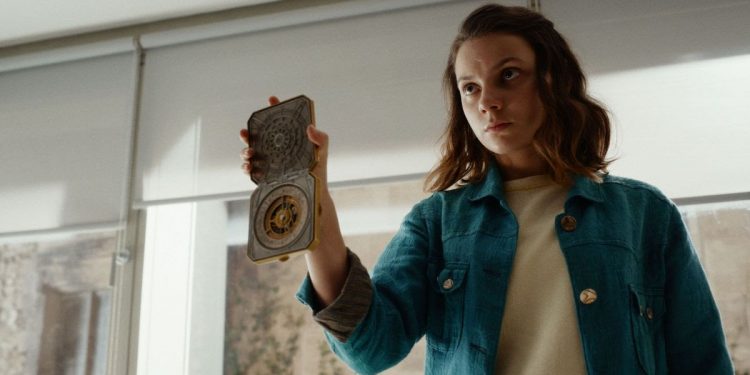 I'm biased. I feel like HBO and BBC's His Dark Materials is an excellent adaptation of a book series by Phillip Pullman. The drama faced the daunting task of luring  a dedicated fanbase into a show that was sure to deviate (a lot) from the source material. Thankfully, the creative team skillfully pulled it off with style.

Those tuning in to the Thursday His Dark Materials's Comic-Con@Home panel were immediately treated to a look at the expanded work of the second season in the official Comic-Con trailer.

In the second season of His Dark Materials, Lord Asriel (James McAvoy) has opened a bridge to a new world, and, distraught over the death of her best friend, Lyra (Dafne Keen) follows Asriel into the unknown.

In a strange and mysterious abandoned city she meets Will (Amir Wilson), a boy from our world who is also running from a troubled past. Lyra and Will learn their destinies are tied to reuniting Will with his father but find their path is constantly thwarted as a war begins to brew around them. Meanwhile, Mrs. Coulter (Ruth Wilson) searches for Lyra, determined to bring her home by any means necessary. 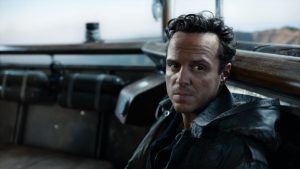 Andrew Scott as John Parry on His Dark Materials

The panelist discussed making the show, honoring the source material and how they hope the show's fans will continue to enjoy watching this series come to life.

New cast member Andrew Scott shared what joining a fantasy series in progress was like and a few things we can expect from his addition including the surprise announcement that his daemon would be played by none other than Phoebe Waller-Bridge.

Scott shared, "I'm thrilled about it [Waller-Bridge's casting] because it's all about companionship and friendship and loyalty and that's what I feel about Phoebe in my real life. So it's wonderful that that's happening.”

His Dark Materials season one is available on HBO and to stream on HBO Max. Catch up with everyone and be ready when Season 2 arrives this fall.