Comic-Con@Home: Bill & Ted Take Us Back to What We Love 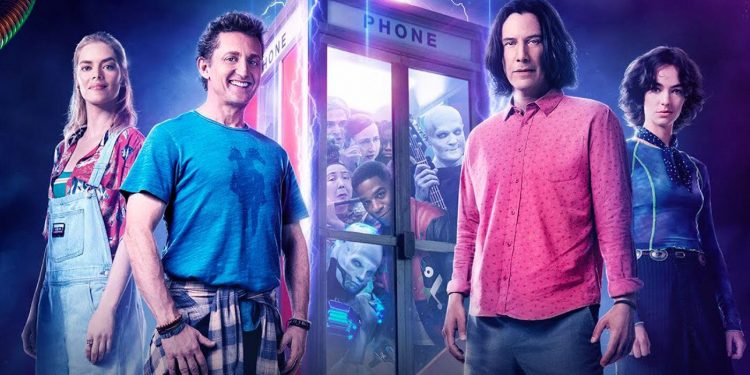 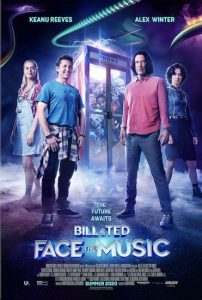 Bill & Ted: Face the Music might just be what the world needs in these troubled times ... at least that's what Comic-Con @Home panel moderator, Kevin Smith says. Smith took the creators, director and stars of the film through the DNA of the Bill & Ted movies, which return this fall with the third installment of the series.

Originally conceived by Chris Matheson and Ed Solomon, the antics of Bill S. Preston Esq. (Alex Winter) and Ted Theodore Logan (Keanu Reeves) were a cultural touchstone for many Gen Xers and millennials, like myself. Now, in 2020, the two rockers who are destined to save the world, return as middle-aged dads with daughters, played by up-and-coming actors, Samara Weaving and Brigette Lundy-Paine.

One thing that came up, again and again, was the naivete and sweetness of the original films. For the uninitiated, Bill & Ted are two slackers who travel through time in order to learn history and pass their final so their band and friendship won't be broken up and they can write the song that creates a utopian future. In Face The Music, the two have not accomplished their goal and they're under pressure to move the world towards the utopian future they've promised. Winter and Reeves manage to retain that sweet, doltish innocence of their younger selves and pass it along to their new young counterparts, Billie (Weaving) and Thea (Lundy-Paine). It's apropos that Kevin Smith led this panel as the latest installment of his nostalgic series of Jay & Silent Bob films also introduced the daughter of Jay. Everyone raved about Weaving and Lundy-Paine and how they embodied the best of their on-screen dads without impersonating the characters of Bill & Ted.

Whether Bill & Ted bring us to the utopian future they promised, Bill & Ted: Face the Music may be the balm of nostalgia we need right now.

Bill & Ted: Face the Music will debut in theaters and On-Demand Sep 1