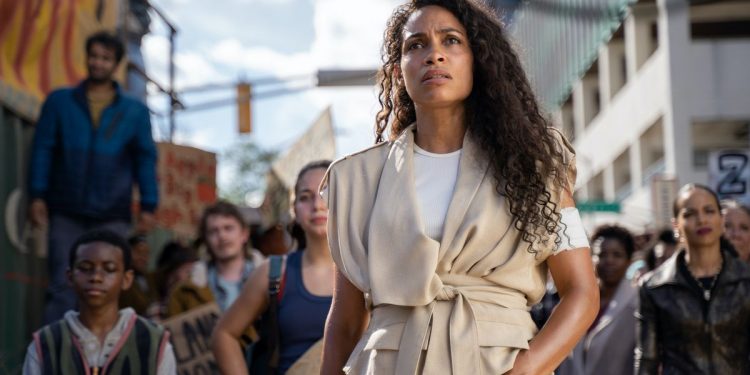 So the original plan was for us to discuss the first 4 episodes of the DMZ miniseries on HBO Max along with the first two volumes (12 issues) of the DMZ comic that the miniseries is an adaptation of. But then life happened and we couldn't get to all of the comics. So then we decided to just do the miniseries. Then the miniseries being trash happened. So...here we are.

Consider this a preview for the Comic Book Book Club we'll be doing in the next few episodes. We talk about what we did watch (Both of us nope'd out after episode 2), what we know ends up happening in the next 2 episodes (doesn't make it better) and why it really doesn't do the comic justice. The miniseries is one of those things that is only worth watching for the actors in it. Not their characters, just the actors. Compared to the comics the miniseries is way too neat and clean and way too focused on trying to force in hope so fast that it never sets up the despair of the world. It doesn't earn any of the story it's trying to tell.

So we have some feelings and thoughts. We talk a little about the comic but we'll dive deeper in a proper Comic Book Book Club.