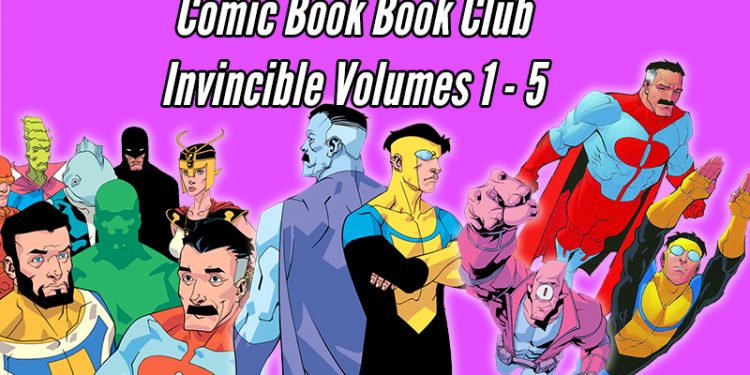 Is World Domination a father-son bonding activity? Kriss and Dpalm dive into Robert Kirkman's Invincible with the first five volumes. The first 5 volumes of this series are a great introduction to the world that Kirkman has set up. It's also a great example of how those that say they want a "dark", R-rated Justice League (looking at those lost SnyderCut stans), just need to pick up some creator owned books. Invincible starts off as basically "What if we took Superman, gave him a son and then made him an evil tyrant that needed to be stopped by his son?" Seriously, Nolan/Omni-Man beating the shit out of his son Mark/Invincible is something no one is really expecting to see.

But don't think that Invincible is just some DC rip-off. Far from it. Yes they take their shots and have their parodies, but really Invincible does a great job of building its characters and the world they live in into something that stands on its own. By the time you finish volume 5, you're fully invested. There's the trauma of Mark and his mother Deborah trying to piece their lives together after Nolan is revealed to be an evil tyrant and exposed to the whole world. The supporting cast like Allen the Alien, Atom Eve (who when you realize what her powers are you'll be questioning yourself), the Mauler Twins, Monster Girl and others are all intriguing and interesting on their own. Then there's the feeling that you clearly don't know all that is going on besides the fact that Kirkman has a plan and is willing to take his time to build out that world. All of this makes for a great and exciting read.

We'll be back at the end of the month to do the next 5 volumes. Make sure you stay tuned and pick up your own copies so you can read along with us.