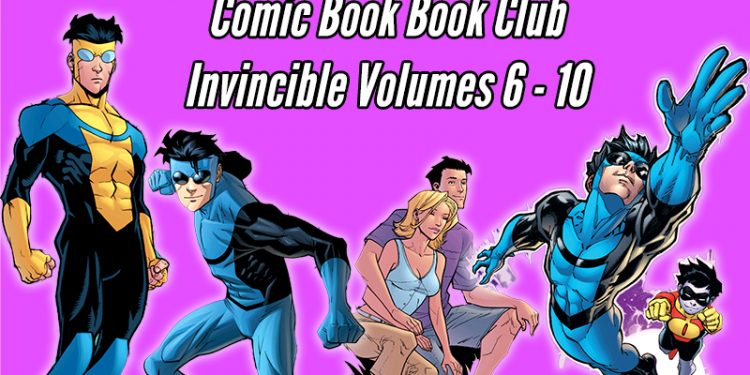 We're back with the next 5 volumes of Invincible and cover volumes 6 through 10. Invincible is an interesting series because it's able to navigate accelerated storytelling with seeding things that don't pay off until volumes later. It's a good combination that both continually rewards the reader while also giving them something to look forward to.

In these 5 volumes, Mark is really coming into his own as a hero. It's like a combination of Spider-Man and Superboy with all the real-world problems that come with that. Trying to manage his grades in college and his love life while also being a hero, clearly is taking a toll. It doesn't help that Nolan pops back up and we see what he's been up to. Gotta say, when it comes to trash fathers, Nolan isn't at the top of the list yet but he's rapidly climbing.

There's a lot to cover so give this episode a listen. We'll be back soon with volumes 11 - 15. Also later in March we'll be discussing the first 3 episodes of the animated series coming to Amazon Video. So stay tuned.