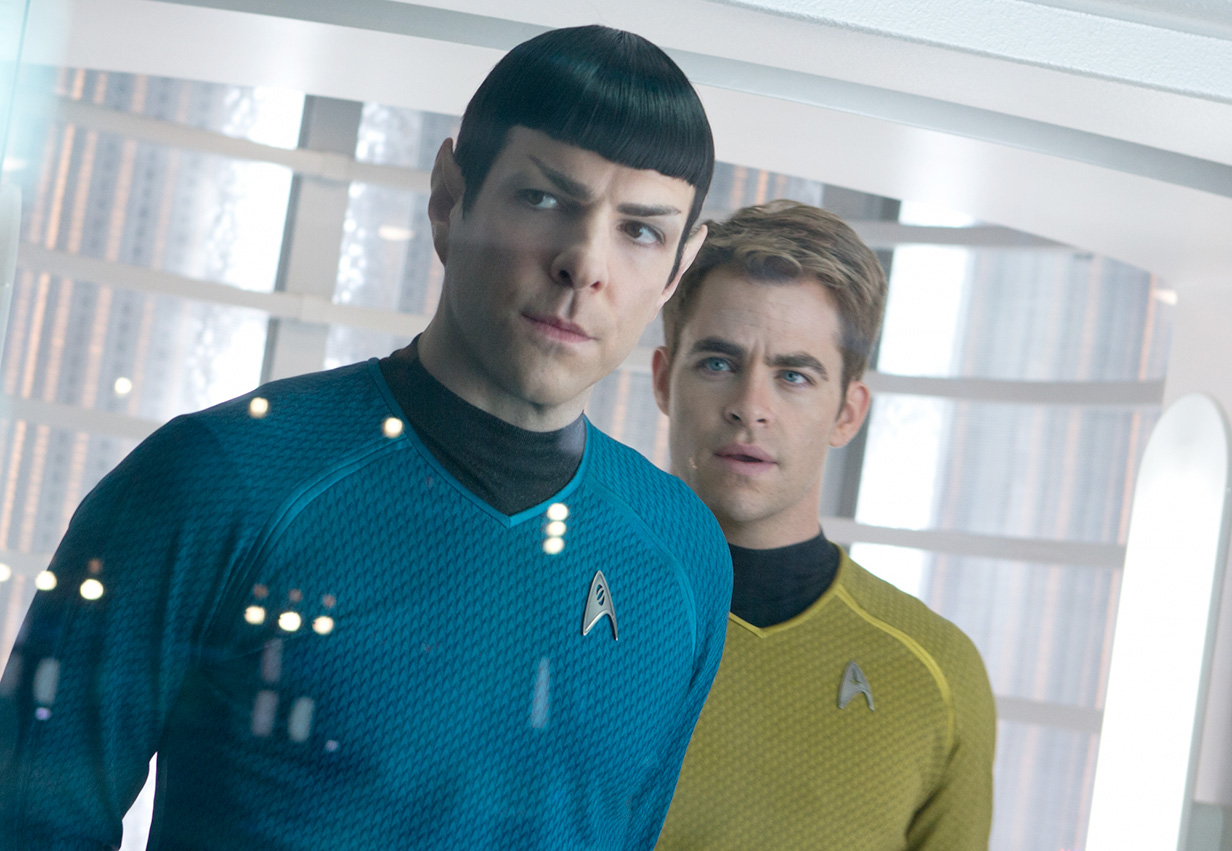 While Star Trek 3 has been delayed, The Hollywood Reporter say that during that delay stars Chris Pine and Zachary Quinto have renegotiated their contracts and allowed for an option for Star Trek 4: 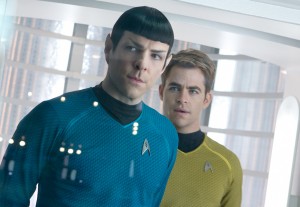 Sources tell The Hollywood Reporter that Paramount and producer-financier Skydance Entertainment recently completed last-minute re-negotiations with the Star Trek stars, a move that has added as much as $10 million-$15 million to the budget. The project’s slow development process may have been partly to blame, as well as the rising star power of the actors, especially Chris Pine and Zoe Saldana.

When the original cast — Pine, Saldana, Zachary Quinto, Karl Urban, Simon Pegg, Anton Yelchin and John Cho — signed on for the movie that re-launched the franchise in 2009, they did so with options for two sequels. Despite the fact that studios often will give stars big new deals in case of success, no re-negotiations took place for 2013’s Star Trek Into Darkness. Instead, the Trek cast is said to have received only the nominal raises built into their original contracts. According to sources, Paramount argued that the J.J. Abrams-directed 2009 movie, while well-received, was not a huge blockbuster, grossing $385.7 million (a relative pittance compared to Paramount’s billion-dollar Transformers series or even its Mission: Impossible movies).

After Into Darkness grossed $467 million, Paramount was ready to jump back in for a third movie. But Star Trek 3 ran into delays in the development process: Roberto Orci spent the better part of 2014 writing the script (he also was slated to direct) only to have execs then decide to scrap it and part ways with the filmmaker. In January, Pegg and Dark Blue co-creator Doug Jung were brought in to write a new script. With Fast & Furious franchise director Justin Lin — seen as a get —on board to direct, things were looking like they were back on track.  SOURCE

Good for Pine and Quinto. I find it odd how studios use outliers to judge what move are blockbusters. In 2009, $385.7 million was a lot for a blockbuster movie. It's only recently that we're seeing consistent billion dollar franchises. I don't think it's fair to expect every blockbuster to do Fast & the Furious or Avengers money.

One thing I didn't see mentioned was the status of Zoe Saldana's contract. You could argue Saldana has larger star power than either Pine or Quinto (Hell, THR mentioned her & Pine in increased star power, not Quinto). You definitely want to lock in Kirk and Spock  but these movies have established Uhura as the next most significant character. I also think this is important when you think of all the talk in Hollywood about pay discrepancies between men and women. Saldana is part of Guardians of the Galaxy and while she's not the main player in Star Trek, I hope she was able to get her contract renegotiated too.