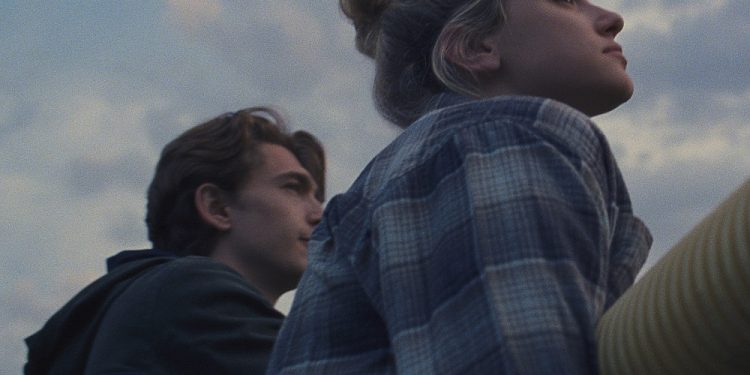 Ro7
Chemical Hearts should've been about Grace Town because Henry Page is an empty bag.
7

Processing pain is hard. It takes a physical toll on the body. Pain always extracts an emotional cost. Age doesn't protect anyone from it. Learning to navigate the world and hopefully come out the other side with just bruises means you're winning. At least, that's what it seems people are supposed to believe. But, there's a difference between the growing pains that commonly go hand-in-hand with being a teenager and grappling with a life-altering tragedy. Director Richard Tanne's Chemical Hearts is centered around a young man forced to learn that lesson the hard way.

Directly adapting the story from Krystal Sutherland's contemporary YA novel Our Chemical Hearts makes for a touching look at a boy's first real relationship and the intensity of those emotions all leading to an unexpected (but totally predictable) end for the couple.

Chemical Hearts and the Anti-Meet Cute

There are a few staple components that both YA romances and the seemingly weightier adult romance have in common. There's usually a moment when the lead couple come together where the chemistry is so obvious everyone knows where things are going.

Henry Page (Austin Abrams) is a lucky kid. His parents are still married. He lives in a nice home and has a healthy relationship with his older sister. His life's so "normal" that the first thing we learn about him in the voice-over is that he's frustrated that nothing's ever "happens" to him.

Enter Grace Town (Lili Reinhart), the self-contained new girl. Grace uses a cane to support a clearly damaged leg and has absolutely no interest in socializing. Her self-possession and refusal to engage immediately intrigue Henry.  He finds her so interesting it practically pushes the fact that he's being told that the one thing he wants above all else, becoming the editor of the school newspaper, must now be shared with a newcomer. 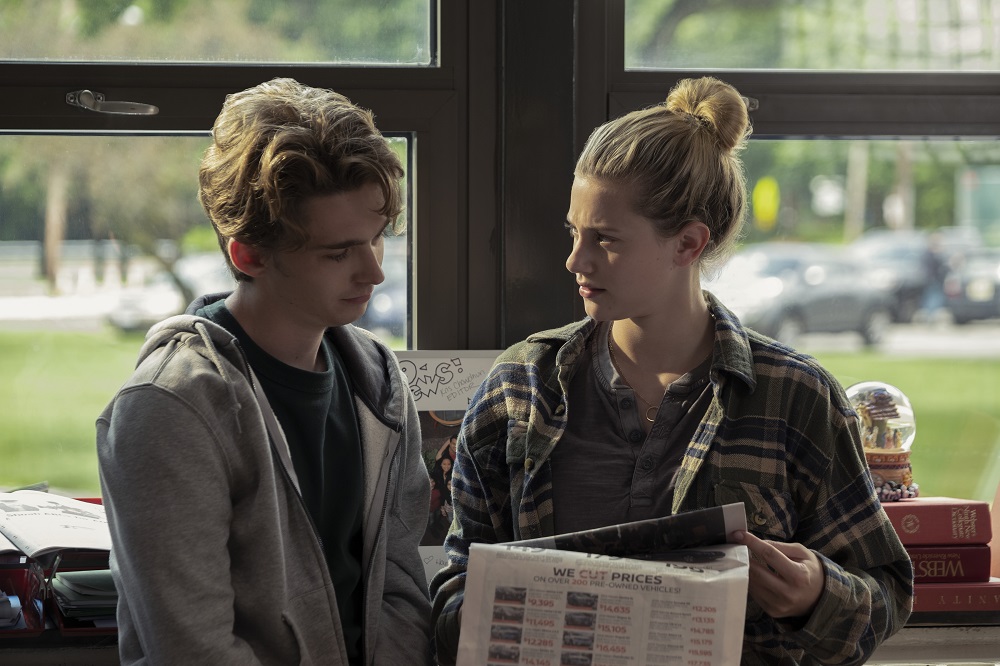 Grace challenges Henry's complacency to think within minutes of their meeting. As co-editors, Grace and Henry must spend time working together. Naturally.

Love But Make It The Unhealthy Kind...

Chemical Hearts unfolds exclusively from Henry's perspective. The problem with that is, Henry is a shell of a person. He's severely lacking depth. That lack carries through to the rest of the story-line because the direction does little to veer away from toxic tropes about unhealthy attachments.

What About Your Friends

Despite Henry having a close-knit friend group, they hardly feature in the story evolution. With one notable exception - that centers a healthy relationship arc that definitely deserved far more screen time - this world never expands beyond Henry's myopic view. His friends are clearly willing to be there for him but Henry's laser focused on capturing Grace.  It hurts the majority of the casts' character development, but reveals something important about these types of stories. They're not actually interested in the emotional growth supposedly at the heart of the plot.

Henry's family also serves little purpose other than to create a pocket of moments where Henry's sister turns the oft heavy-handed sermonizing from the novel into heartfelt life lessons by boiling heartbreak down into consumable bites (because science rules). These moments however, do little to deepen the narrative because Henry is selfish even in his misery. 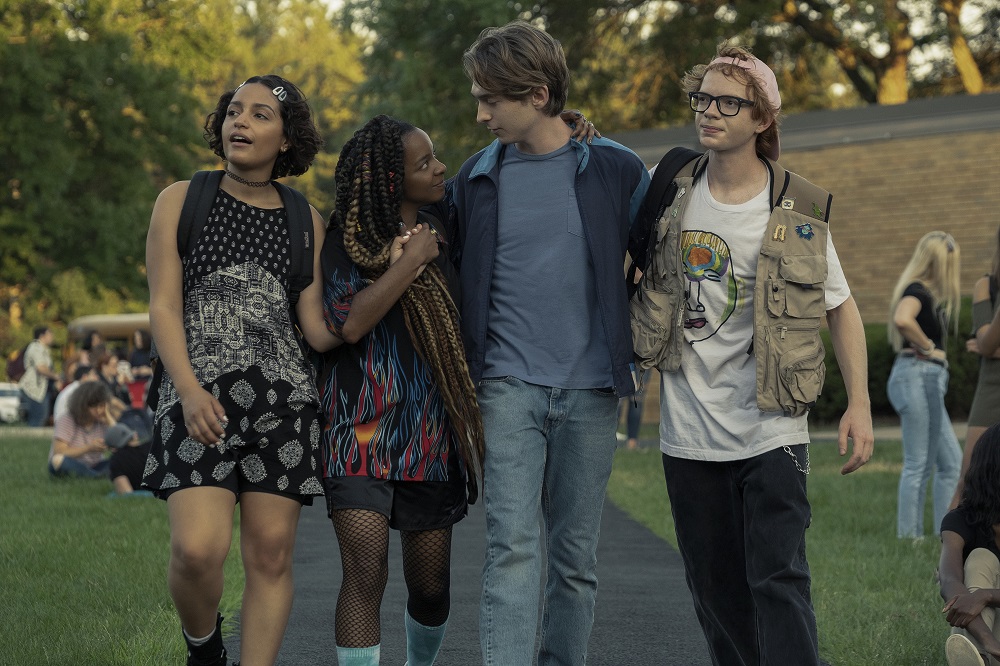 Henry spends far too much of the film on the cusp of being a stalker. Henry's a fixer. So much so, he breaks things just to have something to fix. He trashes pottery for Kintsugi. Of course, Henry doesn't care about the philosophy or reason for the art form. Just like he's only interested in Grace's past because he wants her to let him in even if she's not ready.

Grace is mature in a way that's barely a flicker in Henry's consciousness. Being with Grace makes Henry not only feel good; she makes him a better person. Her emotional fragility is evident. But Henry only cares insomuch as it keeps her from seeing him the way he wants her to. When her pain becomes too much to bear, Henry makes her fight him for the space she needs.

Neither Henry (nor the director) ever stops to examine what this idolization says about him or their relationship. Grace is Chemical Hearts beautiful unknowable heroine and damned if it isn't a mistake.

Absolutely everythimg interesting or worth exploring in Chemical Hearts is due to Lili Reinhart's undeniably compelling Grace. Her story unfolds in between softly lit montages and vignettes of their deepening connection. The cause of her leg damage and the tragedy in her past aren't anything simple. Her pain is almost tangible as she slowly breaks down. Grace desperately wants to believe that Henry can support her and accept what she feels she has left to give.

Lili Reinhart's performance outclasses every other person in Chemical Hearts partly because her character is the only one truly three dimensional. Despite being limited to his perspective, she's more than just a foil for Henry's admiration. Her melancholy fed by grief and guilt are what truly ground this story despite her constantly being put on a pedestal or reduced to a tragic Ophelia.

This isn't your typical happily-ever-after story and that's one of the film's saving graces. But, the more you learn about and witness Reinhart bring Grace's confusion and heartache to life, the more the flimsiness of everyone around her shows. 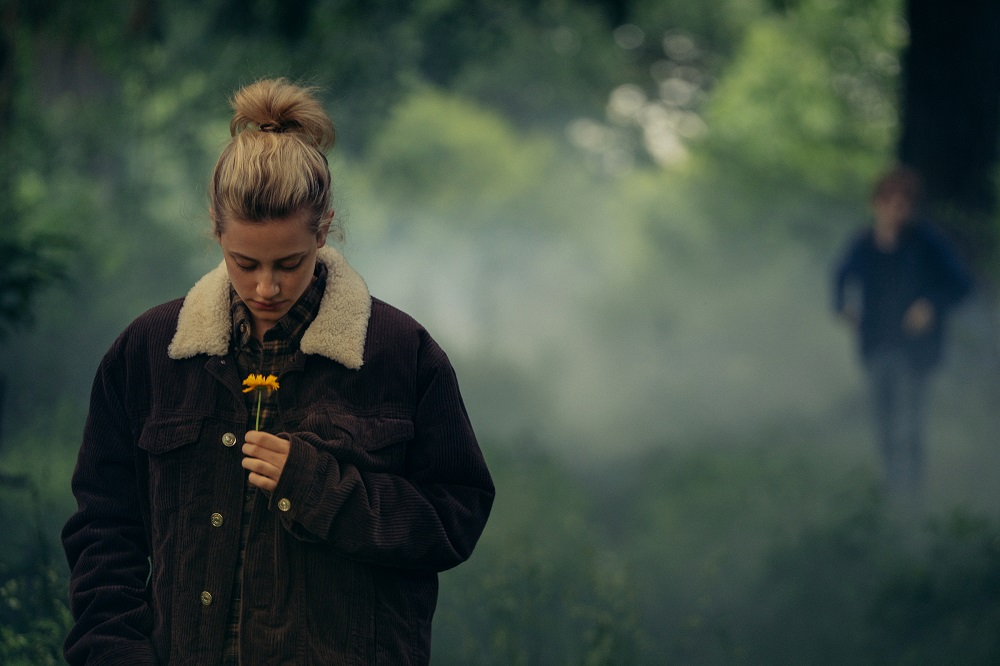 Chemical Hearts is a sneakily subversive, poignant, if emotionally unbalanced, story about falling in love with someone at the wrong time and learning to value the people in your life for who they are. But it could've been more.

Had Tanne instead shifted perspective and made this story of a young woman grappling with grief, loss, and a debilitating amount of guilt, Chemical Hearts would've been a harrowing journey the likes of which coming-of-age leading ladies rarely ever get. Grace is the heart and soul around which the teenage angst and upheaval of Chemical Hearts could've truly soared. Unfortunately, that wasn't in the cards.