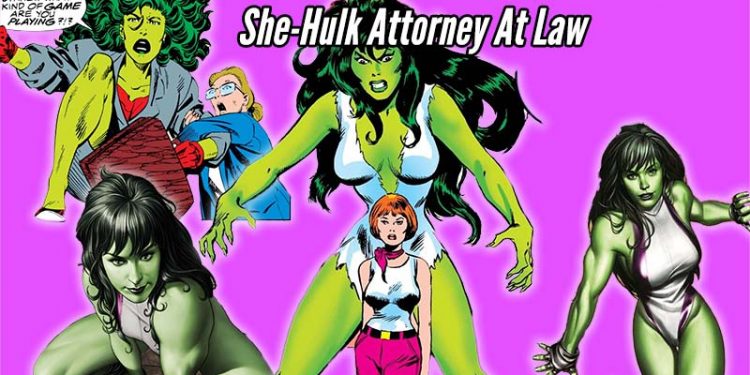 Now that the first season of the She-Hulk series on Disney+ is over, now is a great time to talk about She-Hulks comic book history. The timing has nothing to do with the fact that Kriss is late on releasing this episode because work has completely swamped him. Nope, this timing is completely planned.

Anyway, after seeing some of the confused reactions to the Disney+ show, it actually is a pretty good time to remind folks just who Jennifer Walters aka She-Hulk is and how writers have tackled that character over the years. First off, the show pulled their tone from John Byrne's classic time writing the character in the 1989 Sensational She-Hulk series. Yes, She-Hulk is a Hulk with incredible strength but she's also be written as a smart, funny character that has no problems crawling outside of the comic panels to challenge her writers/artists (sound familiar?). But aside from that, this character has always been about a woman challenging the male driven world around her. In the comics, Jen prefers to be in her She-Hulk form because that's the form that makes her feel powerful, invincible and capable of standing up to the world around her. That leads to some really funny moments (like her getting kicked out of Avengers mansion for being too wild).

Post Civil War 2 sees a change for the character. The death of her cousin Bruce at the hands of fellow Avenger Hawkeye (and his subsequent acquittal) puts Jen on a path where she channel's Bruce's troubles with the Hulk and becomes uncontrollable when she transforms. She's consumed by anger and fear and that is explored as she finally reconciles her two halves.

Overall the key issues for She-Hulk really do put new perspective on the show and highlight where the show pulled not only its tone but some of its arcs.