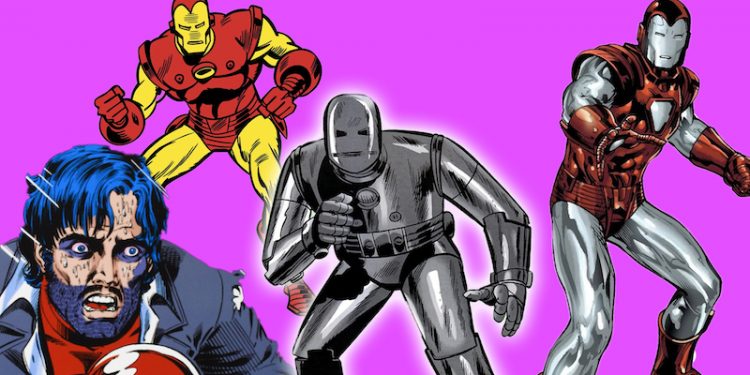 To celebrate the release of Endgame this month we're diving into the character that launched the MCU: Tony Stark aka Iron Man. Tony Stark is an interesting character for Marvel. On face value he might seem like Marvel's attempt to duplicate Bruce Wayne. A rich playboy during the day who fights crime at night. The difference is, Tony Stark is the more interesting identity between Tony & Iron Man. A lot of early Iron Man villains are really Tony Stark villains who cross paths with Iron Man because Tony hides his true identity as Iron Man by claiming the Armored Avenger is just his body guard. It's what makes early Iron Man issues very interesting in seeing Tony struggle with the dual identities and wanting to just be Tony Stark. For this episode we cover the early days of Tony Stark/Iron Man, Tony's struggles with alcohol & Rhodey taking over, Armor Wars, the birth of the War Machine Armor and the unfortunate crossover The Crossing/Onslaught and Heroes Reborn. Just kidding...we don't cover Heroes Reborn cause it's garbage.

Next episode we'll pick up with Iron Man Volume 3 and the more modern takes on Iron Man. And after Endgame, we'll do a bonus episode where we'll go back and discuss the more memorable armors of Iron Man.