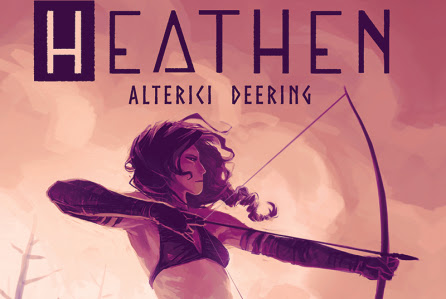 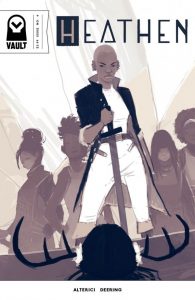 We've talked about Heathen before. The comic by Natasha Alterici, follows Aydis, a Viking woman who is exiled by her community because of her same-sex relationship and decides to take her fate into her own hands by challenging the gods and their rules. Since its launch, Aydis has faced a number of Norse gods and even linked up with a crew of female pirates, and now Heathen embarks on a new adventure.

The comic is being developed by Constantin Film and Prime Universe Films. The screenplay is being written by Kerry Williamson (What Happened to Monday) and now Catherine Hardwicke (Twilight, Thirteen, Miss Bala) is attached as director.

It will be interesting to see what this team does with Alterici's book which has a modern-sensibility set in ancient times. No word on casting yet but this will be a great vehicle for a new, young actress.

Heathen is published by Vault Comics. Heathen #7 is out in comic bookstores now.