Originally pushed on the promise of starting off with some direction from Guillermo del Toro, Amazon's newest who-done-it fantasy neo-noir is set to drop August 30th with reveals of what interested prime members can look forward to in this new trailer.  Hopefully, they weren't looking forward to Toro's touch since he dropped from the project leaving Travis Beacham and Rene Echevarria's creation in the hands of Jon Amiel.   And while the prime world waits to be sucked into this detective fairytale, Amazon has already promised a 2nd season.  Bold move, Cotton!

Despite the rise, and sometimes demise, of new streaming networks, Amazon has remained atop along side Netflix and Hulu.  Crafting exclusive deals with new movers and shakers like A24 and snatching wigs at the Emmys thanks to original content like The Marvel Mrs. Maisel shows that Amazon is unquestionably in it for the long game.  And after dabbling in quirky comedies, gritty dramas, and action packed thrillers, prime is going fantasy with Carnival Row, ahead of their take on Tolkien.

Taking part of duo lead roles in the series is Orlando Jones as Rycroft Philostrate, a human detective investigating unsolved murders.  Along side Jones assuming the other half of the leads is Cara Delevingne as Vignette Stonemoss, a fairy his fancy in a political climate that's surely going to be all smiles over their affairs.  It's a world of fairy immigration and murder.  It could be Victorian Bright, or it could be good.  You'll have to watch it to find out, but until then you can check out the photos below from their press event at San Diego Comic-Con with some of the other prominent cast-members in the new series. 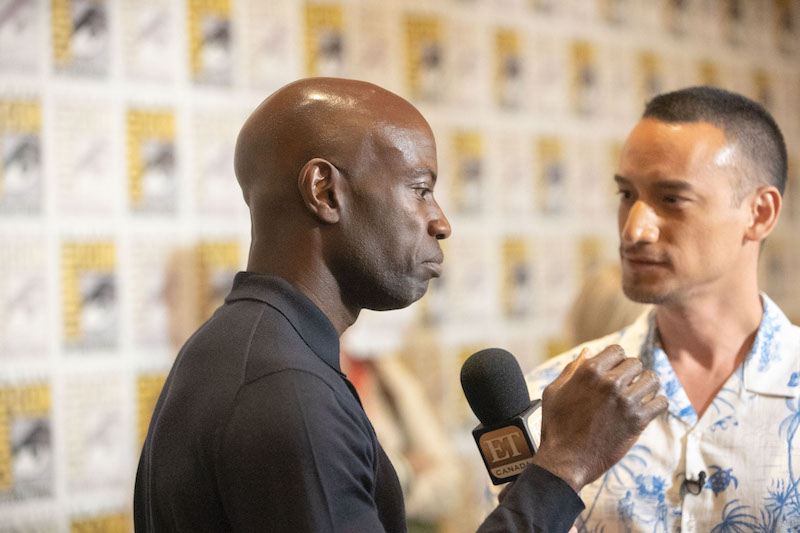