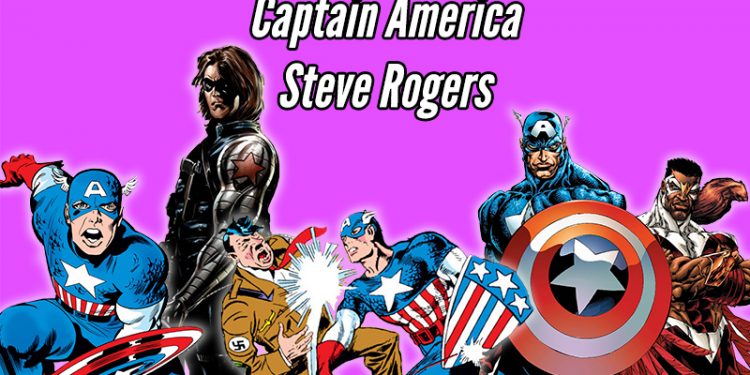 We're back with a new episode of the Character Corner and this time we're covering the legend himself: Captain America Steve Rogers. This will actually be a two part episode with the second episode focusing on the other holders of the shield (Bucky, Sam, Isaiah and others).

For this episode though, we wanted to focus on Steve Rogers and some of the key runs for the character and how much of a symbol he is for the Marvel Comic universe. For those that falsely claim that comics today are "too political", it's clear they've never read a Captain America book because politics runs deep in these issues. Hell, the Captain America and the Falcon Secret Empire run (oh look at that, not the first time Secret Empire was used in a Captain America book) ends with Steve giving up the shield and becoming Nomad in a story that is a direct response to Nixon and Watergate that was happening around the same time.

We're also using this to springboard into our rerun of Nick Spencer's run and to show how Spencer's run builds on stories that came before it. There is a recurring theme in Captain America books about Steve being discredited and the lesson being "don't just blindly follow symbols"

The rest of Brubaker's run will be talked about during episode 2 when we talk about Bucky's time as Captain America. We've also talked several times about Hickman's Avengers Run that covers what happened with the Illuminati, New Avengers and Time Runs out in other episodes.