Can You Hear Me? 6 Reasons You Should Watch Person of Interest 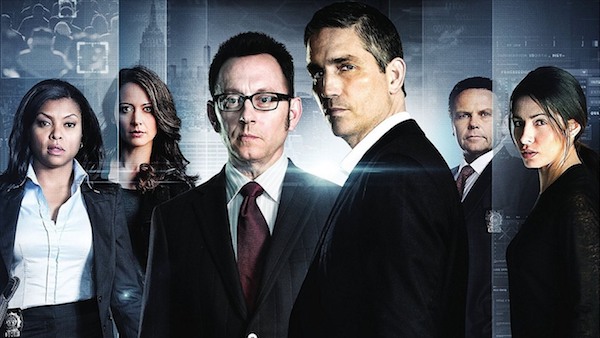 “When you came to me, you gave me a job, a purpose.  At first, well, I’d been trying to save the world for so long, saving one life at at time seemed a bit anti-climatic.  Then I realized, sometimes, one life…if it’s the right life…is enough.”

Reese to Finch, Person of Interest.

Who determines which life is right?  In this series which aired on CBS, an artificial intelligence developed by a man who goes by Harold Finch (Michael Emerson, Lost) does the honors.  Finch has developed a Machine which observes every element of every life of every person in the United States via government surveillance feeds, traffic cameras, even the cameras on your computer.  It taps into the microphones of every electronic device, even the ones that are turned off.  Commissioned by the government, the Machine provides intelligence agencies with “relevant numbers,” the social security information for individuals who will be involved in events the are threats to national security.  However, because the Machine sees everything, it also generates a list of “irrelevant numbers,” individuals who may be victims or perpetrators of crimes, but who are not threats on a larger level.  Finch enlists the help of John Reese (Jim Caviezel, Passion of the Christ) to track down and intervene on behalf of the irrelevant numbers.

It sounds pretty involved and it is.  I stumbled across this series during the summer of 2015 when I hit a lull in my summer binge watching and the first three seasons became available on Netflix.  I’m a fan of Taraji P. Henson (Empire) and Amy Acker (The Gifted), so when I saw their involvement in the show I decided to give it a shot.  With it being a CBS show I didn’t expect much except background noise sprinkled with some of Taraji’s Black Girl Magic.

The pilot had me at “You need a job.  More importantly you need a purpose.”  It will pull you in too if you give it a shot.  Here are 6 reasons why you should 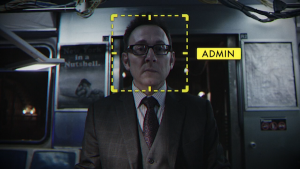 We live in a world where we take photos of our food and post them online and where our Commander in Chief gets into grudge matches with opposing countries setting us on the cusp of nuclear war.  We also live in a world where governmental overreach and invasion into our privacy is a reality.  Person of Interest tapped into this concept 6 years before our digital footprint became a pervasive thing.  The corruption inherent in that level of government access to personal information is highlighted, which is why after I’ve watched the series three times it still resonates. 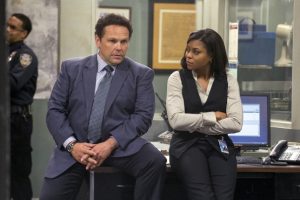 Very often in police procedurals (which this show starts off as with a “number of the week”) we have clear cut good and bad guys.  This show does away with that trope.  Every character has a nuanced motivation.  Even the character of Carter as played by Henson, who is the moral compass of the series, finds herself stepping outside of the lines when the situation requires it.  More than that, we see each of these characters struggle with what that means in relation to how they see themselves in ways that are poignant and relatable.

3. Character actors with range and depth 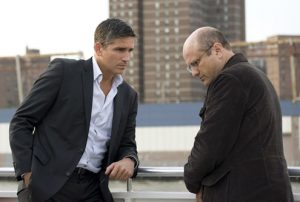 Maybe this is ageist of me, but I appreciated that all of our principal characters were individuals who I could believe had the experience and maturity to hold the roles they had.  With the exception of Sarah Shahi who was 32 when she joined the series, the other actors were middle aged.  I believed Taraji P. Henson as an Iraqi interrogator who worked her way up to a detective’s shield.  Jim Caviezel made sense as a disillusioned vet who had done years of Black Ops work and was at the end of his rope. Kevin Chapman is convincing as a dirty cop unwittingly recruited to assist the team who then finds himself questioning his choices and if it is too late to change his ways. Michael Emerson was believable as a tech genius who over the years had amassed enough of a fortune to run an invisible operation with a covert squad.  Too often in shows, they cast individuals who are young and pretty, but not believable enough to have achieved the level of success they are portrayed as having in the show.  This show put actors into the roles who had the experience and range to pull emotion out of the viewer and who sold us on their backstories.  It is why I can watch YHWH, the season 4 finale, and simultaneously celebrate and weep at the events that transpire. It is what sold the emotional journey that Reese goes on after a catastrophic event in season 3. 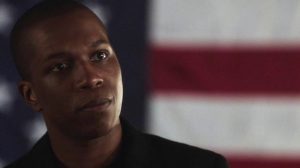 Leslie Odom Jr blew your mind with his lovely singing voice and acting range in Hamilton.  Guess where I first saw him?  That’s right…on Person of Interest.  I had never seen him in a role that was this meaty before this (and no, Red Tails DOES NOT COUNT.) 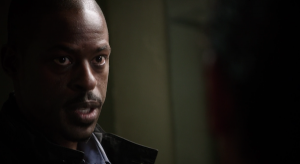 Many folks did not know who Sterling K Brown was before The People V. O.J. Simpson but he had a recurring role on Person of Interest as well as a fellow officer and love interest for Carter.  He was just as compelling in that role as he has been in This is Us. 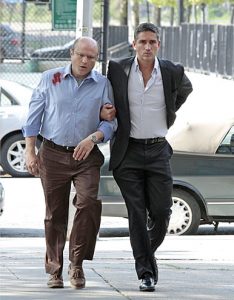 Many remember him from Veronica Mars, but Enrico Colantoni will always be Carl Elias from Person of Interest for me.  He is a man of many layers and motivations, and we get five seasons of the team trying to figure him out, and never quite catching on to his end game. 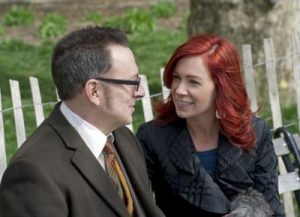 Carrie Preston, who many remember as the spunky lawyer from The Good Wife, stars as Finch’s love interest.  She also happens to be Michael Emerson’s real life wife and shows a sweetness and vulnerability that will break your heart given what her role is in the series.

These are only a few highlights.  There are others, but you have to watch to see. 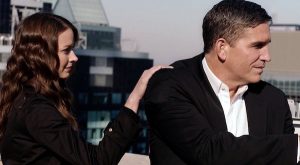 Everyone on this show has amazing chemistry. The evolving bromance between Finch and Reese will make you side eye your best bud trying to figure out if they are really loyal.  The cat and mouse game between Carter and Reese evolves into a deep abiding respect and flirtation that will make you a shipper.  Root is a complicated character who worms her way into the heart of the entire team, and you find yourself rooting for her even though you feel like you should be rooting against her, just on the strength of her passion for the mission.  Shaw, our character with an Axis II Personality disorder, has a strong connection with the team as well, and while you always see what she’s going to do, it’s still fun when she does it, especially when we look at how the team reacts to her shenanigans. Her relationship with Team Machine, and later with Fusco and Root, brings light moments during the darkest parts of the series.

One of the most powerful relationships however is between Finch and his creation, the Machine.  Over the series we learn through a series of poignant flashbacks his motivation for the creation of the Machine, how he taught it to understand and predict human behavior, how it evolved into an artificial super intelligence, and how he understands the ramifications of what he has done.  Emerson's performance breathes life into an unseen character who is the centerpiece of the entire series.

Ramin is a musical genius.  Known for his brilliant work as the composer for Game of Thrones and WestWorld, he brings his penchant for strings and powerful melodies to Person of Interest.  Each character’s theme perfectly expresses who they are and what they are struggling with.  Some credit Ramin with solidifying the integration of the character of Root into the show, because Jonathan Nolan simply fell in love with the theme Ramin developed for her and decided to flush out her character based on what the theme evoked in him.

The tragedy of this show, given to us by Jonathan Nolan (yes, brother to Christopher Nolan of Inception fame) is that CBS jerked it around.  They had lightning in a bottle, but did not give it the respect it needed or the support required for it to thrive.  Even in the final season, the network tried to convince Nolan to return to stories of the week, knowing that they had no intentions of renewing it.  Fortunately for the us as viewers, Nolan wrapped up the series as well as he could with a shortened episode order and no guarantee that CBS would air it.

Person of Interest is still available on Netflix and can be purchased on Amazon, iTunes, and Blu-Ray.