The Ballad of Black Tom by Victor LaValle – Book Review 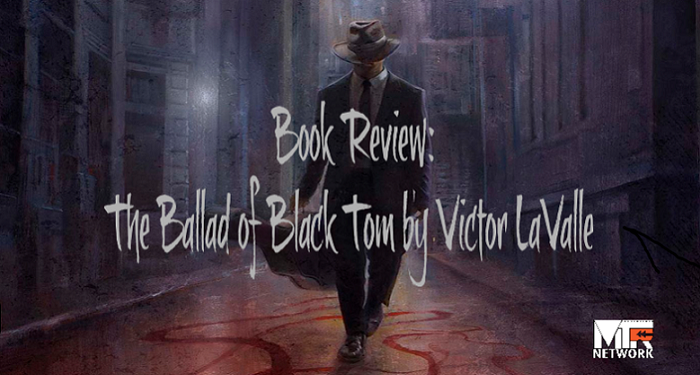 World Building8
Character Development9
Story Arc8
Pacing/Plot Progression9
Magic System (Cosmic Horror)8
Readability9
The Ballad of Black Tom is a clever story, and a necessary retelling of a Lovecraft tale many of his readers hold their noses to finish.
8.5

Victor LaValle’s novella The Ballad of Black Tom is both a homage and rebuke of H.P. Lovecraft’s short story The Horror at Red Hook, first published in the January 1927 issue of Weird Tales. Red Hook isn’t a great story; if I’m being honest. Frankly, it’s one even the most fervent of Lovecraft’s fans could ignore for all eternity. But to fully understand - and appreciate - LaValle’s work in The Ballad of Black Tom I do think it’s necessary to read the original story that inspired it.

Red Hook is not a comfortable read because Lovecraft’s well-documented xenophobia and racism is front and center. The story’s littered with phrases like “maze of hybrid squalor,” “tangle of material and spiritual putrescence,” “Asian dregs.” Lovecraft sought to demonize New York’s immigrant population and used his protagonist, NYPD detective Thomas Malone (he’s Irish - of course he is) to achieve that end.

He sees “the population a hopeless tangle and enigma; Syrian, Spanish, Italian, and negro elements impinging upon one another, and fragments of Scandinavian and American belts lying not far distant. It is a babel of sound and filth…”

Well, you get the picture.

As a young child growing up in Brooklyn, LaValle read the story and recognized the neighborhoods Lovecraft wrote about. As an adult, though, Lovecraft’s bigoted narrative offended him both as a Black man and a writer. In  The Ballad of Black Tom, LaValle attempts to balance the scales.

LaValle uses his main character, Charles Thomas Tester (a Black man) who, when he’s not playing jazz poorly, delivers strange materials to otherworldly individuals to drive his story forward. Tester is not only trying to take care of himself; his ailing father, Otis, needs him, too. Between all his side-hustles, he just about gets by.

About halfway through the story, a shocking act of violence (but not surprising given the times) creates the impetus for revenge Tommy never knew he needed. It's jarring, affecting, and completely turns this novella on its head. To say more would be to spoil the story. I’ll just say, it’s hugely satisfying.

LaValle splits the novella into two POVs. Black Tom begins with Tommy and his arcane hustle. It ends with Detective Malone center stage. While both protagonists react to events at the outset, by the end Tommy’s agency allows him to make decisions that make total sense in the overall cosmic scheme of things. Of the two, I much preferred Tommy’s story. His transition from Tommy to Black Tom is both prophetic and powerful.

LaValle has gone on record saying he wanted to find a way to convey his disappointment and admiration of Lovecraft in a storytelling exercise. While The Horror at Red Hook isn’t recognized as part of Lovecraft’s Cthulhu Mythos, LaValle introduces elements into his reimagining of this tale. LaValle embellishes Black Tom with the trademark Lovecraftian touches. Themes such as cosmic indifference, the Old Great Ones, portals to other dimensions are all present and accounted for. LaValle’s story is all the better for it.

The Ballad of Black Tom is a clever story, and in my opinion, a necessary retelling of a Lovecraft’s tale many of his readers hold their noses closed to finish. This novella originally released February 2016,

*You can read what Ro thinks about this horror novella if you're still on the fence about whether to give it a shot (spoiler: you should). And once you’ve read The Ballad of Black Tom and are fully on board with the idea of delving further into (good) Lovecraftian revisionism. James recommends Ruthanna Emrys’ Innsmouth Legacy series, beginning with the novella The Litany of Earth.

James is Irish, born and bred. A lapsed Catholic and all the better for it, so he thinks. Good with his hands; loves to bake and write but rarely at the same time. Married to an amazing woman who has shown him the world, James is now working hard to finish his first novel.