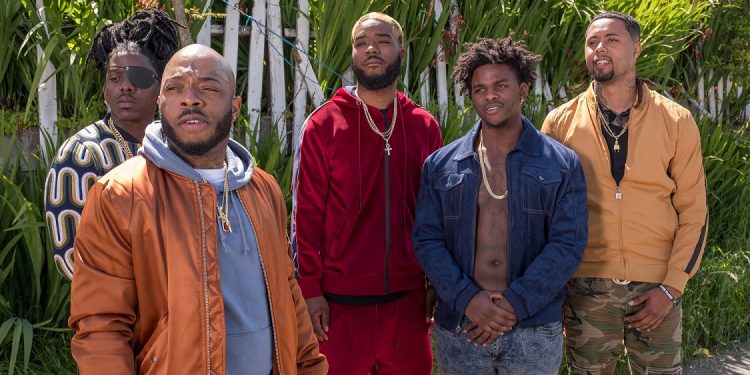 Brandon finally gave into Joi and Ro's badgering to hunt down a theater and watch the The Last Black Man in San Francisco before it left theaters (at the time of recording, Kriss still hadn't accepted that Ro is always right in these matters possibly because The LBMiSF's primary marketing drive made it look at least tangentially like a "Black film") and the trio gathered to talk about the film's themes and different viewing experience. 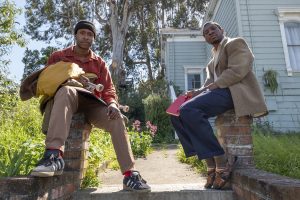 Jimmie Fails and Jonathan Majors in THE LAST BLACK MAN IN SAN FRANCISCO, an A24 release. Credit: David Moir / A24

The Last Black Man in San Francisco, directed by Joe Talbot, is the story of Jimmie Fails's obsession with an old Victorian home his family used to live in located in the heart of San Francisco. Jimmie's lived his whole life fixated on the home he's quick to tell people his grandfather built.

Accompanied in all things by his best friend Mongomery Allen aka Mont (portrayed by Jonathan Majors with best-be-nominated-for-best-supporting-actor-level-talent) Jimmie comes up with a scheme gain ownership of his childhood home again. Mont and his unique approach to processing the world around him is both the voice of reason and unfailingly supportive friend. The LBMiSF is a journey of self-discovery that touches on grief, trauma, family (blood and found), love, masculinity, and truth.

There's no way to walk away from The LBMiSF without a wholly new perspective on homelessness, addiction recovery, ownership, and the duty each person owes to the city they call home.

Although The LBMiSF builds its narrative around the real-life experiences of Jimmie Fails, and his love affair with his former family home on Fillmore, it's messaging is both overt and nuanced with a deliberate focus on the connections and relationships between Black Men overlayed on an evocative backdrop chronicling the gentrification of San Francisco.

For Ro and Joi, this film struck a chord on several levels but didn't feel "aimed" at them. For Brandon, it was a moving narrative that made him feel uniquely seen. All three agree, that 1) it makes no sense this film didn't have a larger marketing push and 2) though mileage may vary when it comes to what people think this film's about The Last Black Man in San Francisco's a must watch.