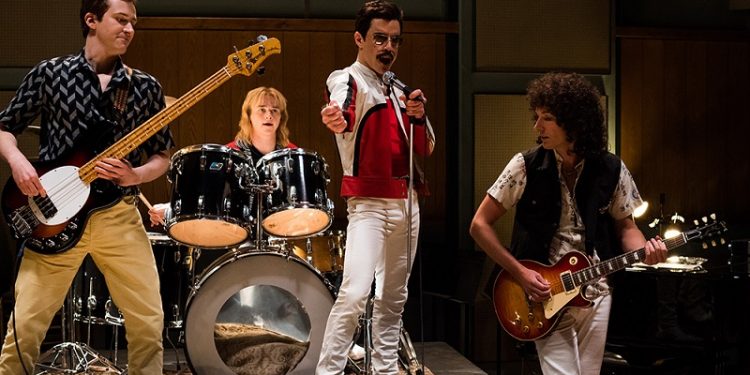 Brandon7.5
Kriss6.5
The watered-down, clean retelling of Queen's rise can be overlook if you watch the film purely for the entertainment value of seeing Rami Malek play Freddie Mercury
7

Kriss & Phenom are back, this time to review the Queen biopic, Bohemian Rhapsody. So, first off, it's better to look at this film as a Freddie Mercury & Queen appreciation film, and less of a biopic. This film kicked off it's production with all kinds of issues and controversies (What part of Mercury's life were they going to focus on, how much of it would be in there, who would play Freddie, etc). Then, Hollywood piece of shit and director of the film, Bryan Singer decided he was just going to stop showing up on set to make the movie. So Dexter Fletcher had to step in to finish the film. All that to say this film was a mess going through production and the end product is definitely a mess. Characters aren't fleshed out, the lip syncing for the hit songs is completely off and none of the characters outside of Freddie really matter (which is weird when this is also supposed to be a Queen film).

It's not all bad though. Rami Malek puts on one hell of a performance as Freddie Mercury and  for that along the film is worth checking out. The film doesn't "straight-wash" Freddie but overall the film feels very, clean. It's better to consider this film a half-baked musical that does it's best to not offend any of the members of Queen or their families. That makes this a pretty bad biopic but doesn't remove the entertainment value for fans of Queen and Freddie Mercury.

Kriss &amp; Phenom are back, this time to review the Queen biopic, Bohemian Rhapsody. So, first off, it's better to look at this film as a Freddie Mercury &amp; Queen appreciation film, and less of a biopic.