Blinded By The Light Is A Unique Coming of Age Story 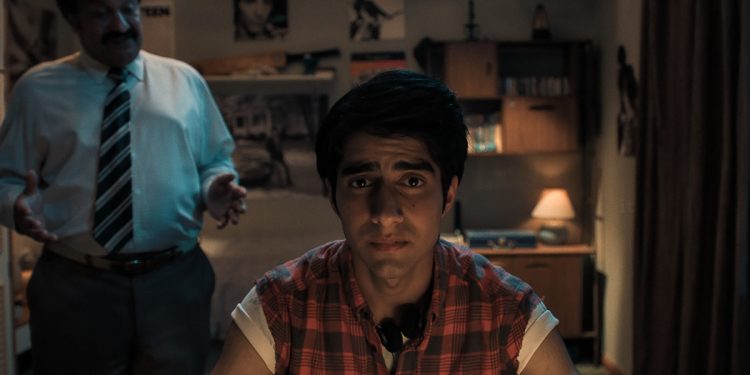 Brandon7
Ro6.5
Blinded By the Light is definitely worth seeing, but be prepared to be in your feelings and ready to talk about the vagaries of pride. No two people will walk away connecting to the same parts of this story.  And once again, B is convinced Ro might have been watching a whole-ass different movie than he did. This doesn't push any of the other films incorporating music and lyrics down on our list.
6.8

Some of the MTR crew used SDCC as an excuse to get together for a few press screenings. Now that the dust's settled Brandon and Ro sat down to talk about Blinded By the Light.

This coming of age story, about a Pakistani youth finding his way, uses select songs from Bruce Springsteen and is set in 1987 England. Javed (Viveik Kalra)is a British teen of Pakistani descent. He's struggling with living in an unwelcoming small town outside London, trying to honor his family and culture, and find his place in the world. Javed's family works hard to stay together and keep their traditions whole amidst the racial and economic turmoil of the changing times. Javed is a writer and uses poetry to escape the intolerance of his hometown and the strict rules of his traditional father. But after a classmate introduces him to the music of Bruce Springsteen, Javed sees parallels to his working-class life Springteen's lyrics. This connection gives Javed the courage to begin expressing himself and making decisions that change his life.

Blinded by the Light unabashedly celebrates the music of Springsteen

Large parts of its story highlighted by songs meant to establish a connection between Javed's state of mind and what's going on in his life but it's more than just an interesting use of an artist's music catalog. Brandon felt the relationship between father and son didn't progress enough to warrant the pay-off at the end. Ro found the insertion of music at certain points in the story intrusive rather than enlightening.

Both agree that this adaptation of Sarfraz Manzoor’s acclaimed memoir Greetings from Bury Park: Race, Religion and Rock N’ Roll, “Blinded by the Light” as directed by Gurinder Chadha digs into tradition, culture, family in ways that aren't often tackled. There's plenty of this story not showcased because it focuses strictly on Javed and his journey and Brandon found it more than a bit off-putting, while Ro found it an apt demonstration of the hypocrisy inherent in family dynamics.

It's worth seeing, but be prepared to be in your feelings and ready to talk about the vagaries of pride. No two people will walk away connecting to the same parts of this story.