Full disclosure: I’m not a fan of Blade Runner. I know that comes off as almost blasphemy among critics and Sci-Fi lovers but it’s true. Ridley Scott’s “masterpiece” is nothing more than an overrated, long and boring film that squanders real opportunities to address valid issues in society. It was only recently that I found I wasn’t alone in this belief. See, when I watch Blade Runner, what I see is a movie about a slave catcher (Deckard) who hunts down and kills slaves. He then rapes one of the slaves (Rachel) in a scene that is presented as “romantic” then rides off into the sunset with her at the end. It’s pretty horrific. And when you look at Ridley Scott’s more recent works and issues with white washing (The Martian, Exodus: Gods and Kings), my original read of the film seems to be more accurate than some of the interpretations others have. Sorry but his body of work (plus his own statements in interviews) really doesn’t give me the impression that Scott had the nuanced beliefs many try to interpret Blade Runner into. 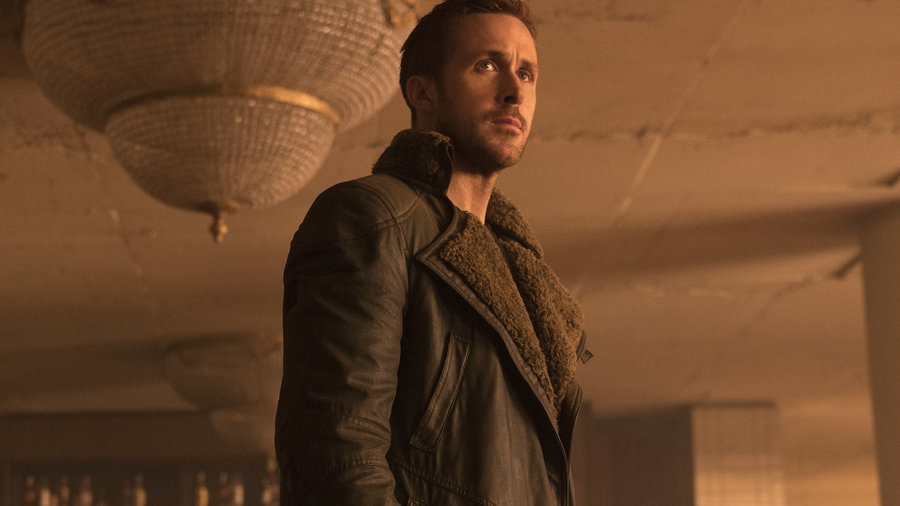 So, I say all this to point out that going into Blade Runner 2049, I was already a bit hesitant. I’ve seen Ridley Scott make an absolute mess out of the Alien franchise with his prequel movies that are slowly but surely erasing 20 years of established history. Even though he wasn’t directing, would Blade Runner 2049 fall into that same category? Instead of fixing the problems I had with the original film, would it just double down on them?

Well, I’m happy to say that Blade Runner 2049 is the film that everyone thinks Blade Runner is. Director Denis Villeneuve along with screenwriters Hampton Fancher and Michael Green must have sat back and digested the critiques about Blade Runner, particularly its slave/slave catcher overtones, and decided they were going to full embrace those overtones and leave no doubts. If this was the film that came out in 1982, I’d get all the hype. Without a doubt, this film is better than the original both visually but also with the message and story. A superior product all around.

This film is set 30 years after the original. Tyrell Corporation is gone after being bought by Niander Wallace (Jared Leto) who is leading the charge in building a new workforce of replicants to serve as slaves to humanity. Ryan Gosling is ‘K’, a blade runner tasked with hunting down the remaining old versions of replicants commissioned during the time of the first film.  K and Wallace’s associates are on a collision course as they try to find the key to Wallace finally building the perfect replicant models. 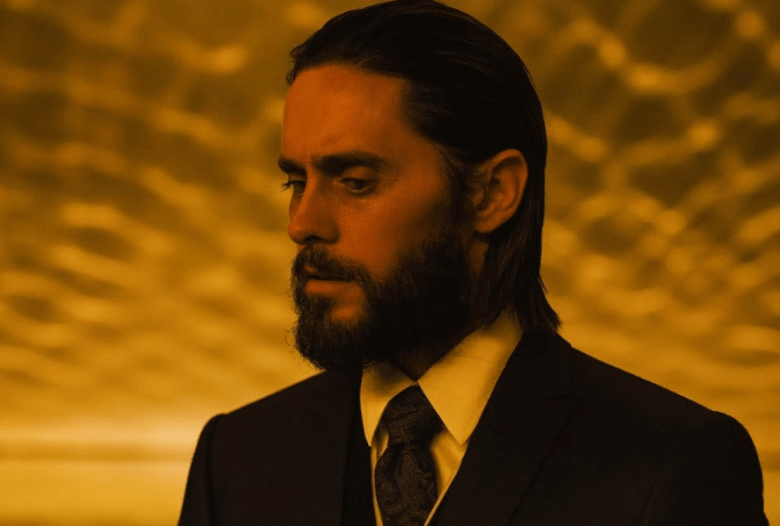 There are several story elements that make Blade Runner 2049 a superior film. Right out the gate, the role of replicants is explicitly stated for them to be slaves. No more bouncing around the idea or trying to be cute with it. Niander Wallace does not hide the fact that he is on the search for how to improve replicant technology so that humanity as a self-sustaining supply of slaves for whatever humanity’s needs are. For all the talk of his antics on the set of Suicide Squad and the controversial nature of his Joke interpretations, we tend to overlook that Leto is a pretty solid actor. He perfectly embodies a philosophical but creepy and evil man who thinks he’s God (he calls his replicant models his angels). What really connects the audience to Wallace though is that he feels like the natural evolution of the type of “forward thinking” individual we see today pushing technology to benefit humanity. Wallace presents a frightening look at what our future could hold. 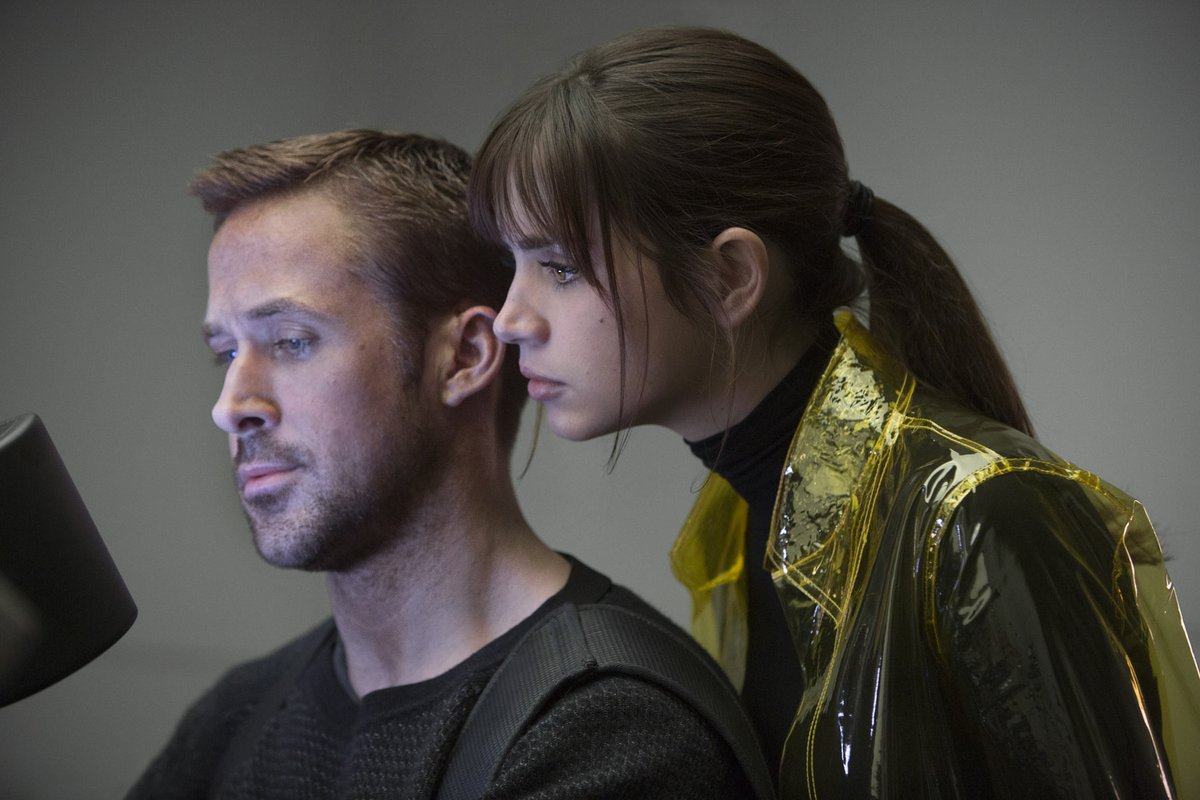 Another benefit this film has story-wise over the original is that Ryan Gosling’s K is far more relatable than Ford’s Deckard. This is not to say that Harrison Ford is less charming or relatable than Ryan Gosling. Not by a long shot. But when it comes down to the actual characters, Deckard is a terrible human being that somehow, comes out on top at the end. K on the other hand, is a much more sympathetic character. Yes, he’s a blade runner and “retires” replicants but a lot of time is spent on integrating his story into the main plot. We see how he lives, what he thinks and how he interacts with others (and how they treat him). One of the ways this film does that is by giving K a love interest. Joi (Ana de Armas) is K’s girlfriend/wife but there are special circumstances to their relationship that tie directly into the overarching themes of Blade Runner. Seeing them interact is both beautiful and heartwarming but also a bit depressing and lonely.

I wish I could expand more on some of these themes and story details but many enter spoiler territory and would ruin some of the effect. Which is another superior quality to this film: there’s a lot small and big twists and turns that keep the story interesting. This film brilliantly leads you down certain paths only to sharply veer off in another direction. But it never feels cheap or unearned. Instead it plays on the theme of “how do you know this is real?” and will have you questioning yourself, just as the characters do. There are plenty of great cameos of characters from the first film that are a great added touch.

Visually this film is stunning. This is the one thing about the original film I have to give credit to. Back in 1982, Blade Runner was a visual masterpiece that was unrivaled. Blade Runner 2049 adds onto that. This is definitely worth the extra money for an IMAX viewing for both the visuals and the sound. Our screener was in a Dolby Atmos theater and the sound literally permeates through your body as you watch the movie.

The biggest negative about this film is that it is entirely too long. At 160 minutes, it will be hard for anyone but the most diehard fans to sit through. The film could have definitely been cut to a more manageable runtime but like the first film, part of the allure is the stunning visuals and experience. There are long shots of scenes and landscapes meant to immerse the viewer. And that’s great for fans of the genre and particularly the series. But for your average movie-goer, asking them to sit for almost 3 hours (once you add in previews), is a lot and probably unnecessary.

Blade Runner 2049 is a sequel but in many ways, it could serve as a reboot. It touches on almost every theme from the first film but dives into them to make them less ambiguous. By doing this, it becomes a much more effective film and the notes I feel the original missed, this one hits. I would honestly watch this film again in the theaters if not for the run time. Instead I will just gladly buy it on BluRay/Digital, something that I refused to do for the original.

Get the Movie Trailer Reviews Podcast