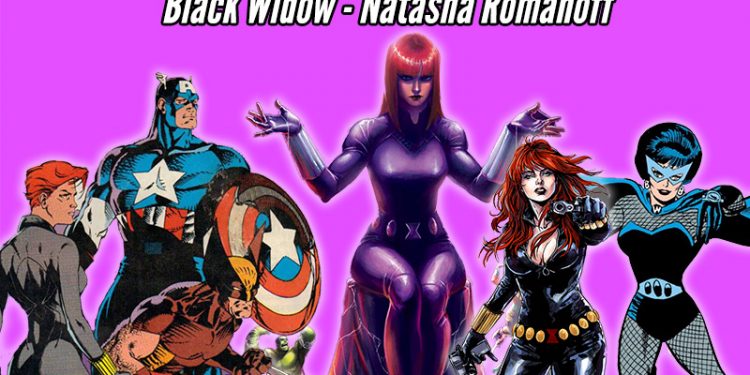 We're back with another Character Corner, this time to talk about Natalia Romanova aka Natasha Romanoff aka The Black Widow. On the surface this seems like a pretty straight forward character. A former Russian spy who was trained to be a femme fatale in a secret Soviet program that was recruited and turned into an ally by Nick Fury. But there ini a lot more to the character. First, Black Widow is yet another example of a Marvel character that has a redemption arc. Like Hawkeye, Vision and Scarlet Witch, Black Widow is yet another character that starts off as a villain only to turn into an Avenger (not just a member but a leader). The difference is, while Natasha became a hero, she never gave up being a spy and would definitely put two in the back of a someone’s head if they deserve it.

The other interesting thing about Black Widow is her mysterious history. The classic Uncanny X-Men #268 reveals a history that goes all the way back to 1941 with Captain America and Logan. There are also issues that reveal she received a modified Soviet version of the Super Soldier serum which is why she hasn’t aged. Then there’s the mysteries of “The Red Room”.  All of this leads to a rather interesting character with a history that sometimes changes but at it’s core still remains the same.