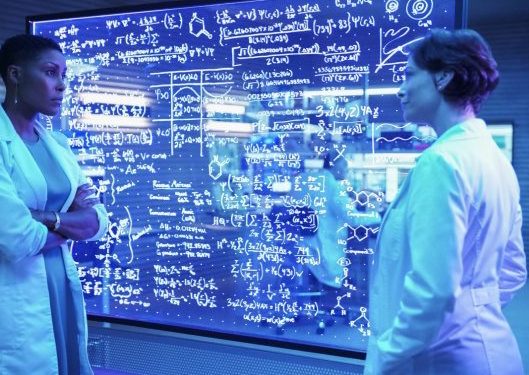 We're back! After a brief unintended break thanks to Verizon, The Doctor, Shanna, Parrish and D are back to discuss the first two chapters of "The Book of Blood", Requiem and Perdi. Black Lightning&nbsp;is determined to break these books into story arcs and because of that the pacing of each individual episode has been off.

We're back! After a brief unintended break thanks to Verizon, The Doctor, Shanna, Parrish and D are back to discuss the first two chapters of "The Book of Blood", Requiem and Perdi.

Black Lightning is determined to break these books into story arcs and because of that the pacing of each individual episode has been off. Before we were rudely disconnected, we talk about the show's struggle to round out the story in each episode so that the momentum doesn't fall flat. That aside, "The Book of Blood" sets up an interesting story for all of our main characters. It opens with Gambi being run down by two hitmen in his van that has his name printed on the side, you know, just like all tailors who are secretly Nick Fury. 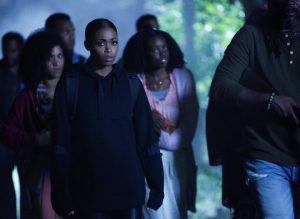 While Jefferson struggles to deal with Gambi's "death", Anissa is on the case of an interracial couple, Deacon and Anaya, who come into the free clinic. The boyfriend, who acts cagey and scared, later turns up dead and when Anissa shows up in South Freeland to investigate, she finds a segregated town where the white residents, the Sangee, have superhuman strength and speed granted by a metahuman who may have gotten her powers from the same vaccine that Jefferson was given. The Black residents, The Perdi, live in fear and don't mix with the Sangee. When Anaya gives birth to twins, one Perdi and one Sangee, the babies are in danger from this metahuman known as The Looker (Sofia Vassilieva)

Lynn is also trying to save the Greenlight babies but her calculations tell her that at best she can save half or lose them all. Since Lynn wants to stall until she can save them all, Dr. Jace dupes her into believing they can save everyone and Lynn is now responsible for the death of 14 of the twenty-eight pod kids. Lynn is going to have to push through her guilt, if she wants to stay in charge of this operation.  And Jennifer gives her some real talk about taking responsibility. 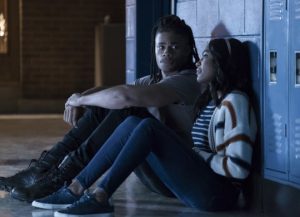 Meanwhile, Jenn and Khalil are getting closer as Jennifer feels more isolated and Khalil faces the brunt of Tobias's abuse. It's sad but Khalil is finally realizing that Tobias is behind the shooting that paralyzed him and with the crimes he's committed, Khalil has limited options. Hopefully, it doesn't take him (or Henderson) another six episodes to realize that Khalil is the witness they need to put Tobias away. If they don't get it together soon, Tobias is going to keep raining down insults and punches on this poor child.

We discuss all of this and more in this week's review.