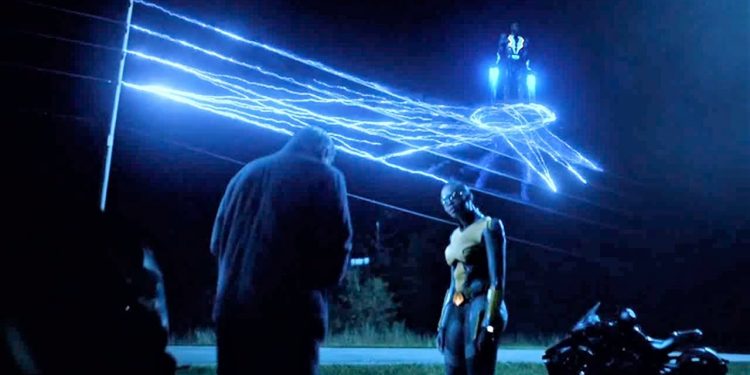 We've made it to "The Book of Rebellion" and Khalil and Jennifer are on the run from Tobias and Jen's parents, respectively. At first, Jefferson and Lynn assume Khalil has kidnapped Jennifer until Anissa lets them know that Khalil and Jen have been texting since episode one this season. 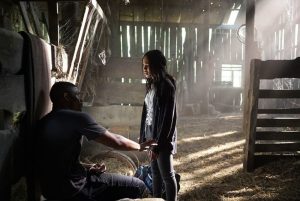 Khalil and Jennifer think they are truly Romeo & Juliet so despite the fact that their road trip starts with a shoot-out and continues with being chased by an assassin, Jennifer runs from Black Lightning and Thunder every time they show up to help.

Lynn is at home spiraling. She's gone off the Henny and between her daughter running away and having killed 14 teens, she is not in a good place. She rallies briefly and talks to Gambi (AKA the Other Woman) so she can track down Khalil's dad just to learn that he had an apartment. This leads exactly nowhere. 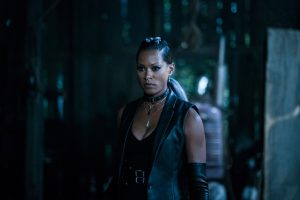 While his assassin Cutter (Kearran Giovanni) is tracking the teens, Tobias is making new moves and enlists the genius of Todd Green (RJ Cyler, Sierra Burgess is a Loser). Green is a boy genius who is missing out on grant opportunities because of racism and classism and Tobias is using that to win him to his side. Also in the final moments we're introduced to a new unnamed meta played by The Chi's Tosin Morohunfola. Tobias is also putting two and obvious together, and wondering why Black Lightning always seems invested when the Pierce girls are involved.

These two episodes give us a lot of good character development for Jennifer who is also learning to control her powers and she proves herself to be incredibly resourceful. That being said, Black Lightning still struggles this season. It's good tv but not great tv. Especially compared to it's CW peers. We'll see you in the new year and hopefully Black Lightning will bring it's A game when we return.

We've made it to "The Book of Rebellion" and Khalil and Jennifer are on the run from Tobias and Jen's parents, respectively. At first, Jefferson and Lynn assume Khalil has kidnapped Jennifer until Anissa lets them know that Khalil and Jen have been texting since episode one this season.