Black Critic Roundtable: The 2020 Oscar Nominations are a Hot Mess 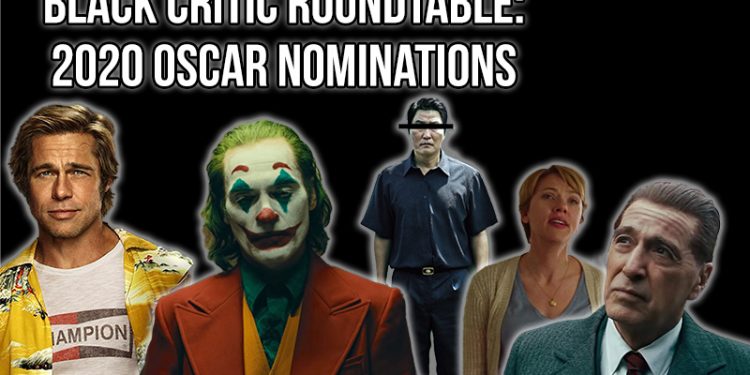 Let’s preface this with saying, 2019 was a great year for movies. There were a lot of great movies in all genres and many had diversity both in front of and behind the camera. It’s for that reason that this year’s Oscar Nominations are such a disappointment on multiple fronts. The lack of diversity is blatant. And even beyond that, some of the selections are just safe and boring. Sure, every year there are people and films that get nominated that shouldn’t have and those that get snubbed. But this year there is a clear problem. How does Brad Pitt get nominated for Once Upon a Time in Hollywood when his best acting performance last year (and in a long time) was Ad Astra? How are none of the actors from Honey Boy nominated? And are we really to believe that Cynthia Evrio’s Harriet performance was the best performance of a black actress last year? It’s all just a mess.

We gather on this episode to talk about the major categories and why they’re such a mess, who doesn’t belong and who got snubbed. Give it a listen.