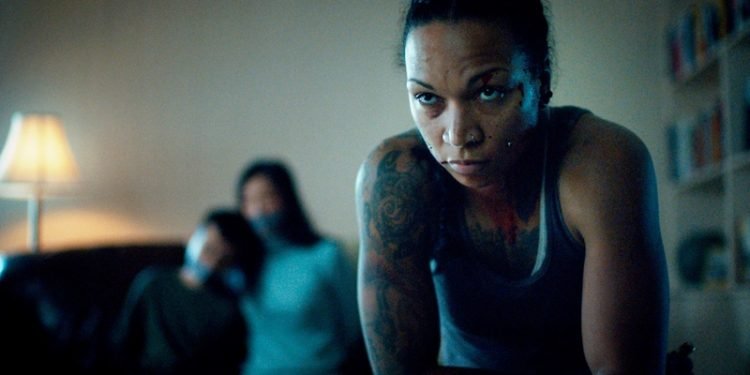 Catch the Fair One accomplishes the mission of being able to tackle a subject that pops up in thrillers all the time yet does it without watering down the reality. Hollywood likes to put things in nice little bows in order for audiences to digest the subject in a more pleasant way and the result is a diluted understanding of the problem. Catch the Fair One doesn’t care to make the audience feel better about what they are seeing and it’s a better film because of that.

Credit should be given to Kali Reis for his role not only in the film but in also writing the story. Aside from being a champion profession boxer, Reis is also very outspoken and a supporter of the Missing and Murdered Indigenous Women and Girls movement. It’s clear that both these experiences help shape Reis’ story as well as her character in this film. Considering this is her first film credit as both an actor and a writer, this is a pretty great debut. Reis is able to capture the raw emotions of Kaylee, a former boxer that’s trying to find out her younger sister who was kidnapped and potentially sold into sex slavery.

Catch The Fair One does a great job of putting a face on what really happens to missing women and girls. It also shows the breadth of the problem and that there isn’t just an easy, happy ending to it all. This film will make you upset and it should. Some might feel a bit empty at the end because they don’t get the closure they expect. But this film isn’t going for the white-washed sanitized version. It’s highlighting the truly desperate and debilitating plight of these women who are kidnapped, sold into sex slavery and worse. Now that’s not to say there aren’t some really satisfying moments of revenge that happens in this thriller. Watching Kaylee waterboard a man she believes is responsible for taking her sister is very satisfying. And there are plenty of moments like that in this film.

When it comes to revenge thrillers, Catch the Fair One is definitely a nice addition. Director Josef Kubota Wladyka shots a beautiful film with some great shots that really pull audiences into the film. And again, as first time actor and writer, Kali Reis does an amazing job.