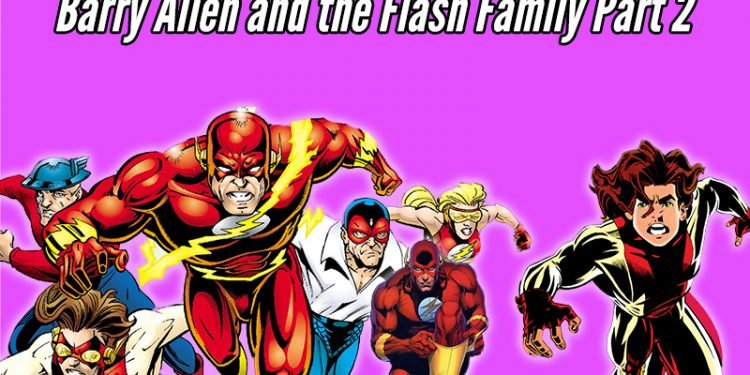 We're finally back with part 2 of our Barry Allen and the Flash family Character Corner series. We handle this episode a little different than our typical episodes. While we still bring up issues to read, we really focus on the discussion of the evolution of the Flash and the Flash family. Particularly under Mark Waid's run. His run is really what helped define the modern take on The Flash Family and the Speed Force. This run also serves as the bridge between all of the eras of the DC Universe as Waid helped revamp and reintroduce some Golden Age characters like Max Mercury and Johnny Chambers. Waid also brings us the first appearance of Bart Allen from the 31st Century, accompanied by the return of Iris. This run really set up not only Barry's legacy but also was the perfect example of how DC characters can pass the mantle from character to character to build generational connections to characters. Wally West goes from reluctantly filling in his uncle's shoes to becoming the confident Flash for years. After his introduction in Waid's run, Bart is a founding member of Young Justice that eventually leads into another incarnation of the Teen Titans with Bart eventually taking the title Kid Flash. It all works so well...and then Geoff Johns brings back Barry Allen in Rebirth (not the latest Rebirth run). We talk about that decision and how in hindsight it might not have been a wise one and also represents a core problem with DC's approach to their characters.