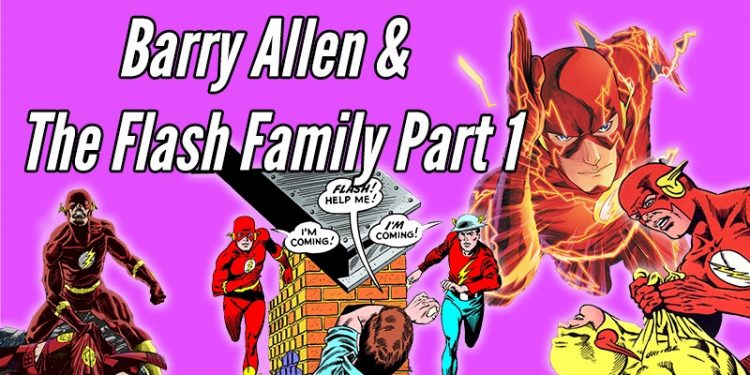 This feels like a long time coming. It's actually quite amazing that it's taken us this long to cover Barry Allen. We're slowly making our way through the original seven members of the Justice League (Martian Manhunter is the only remaining member left and we'll cover him soon). There's a few reasons why it's taken us such a long time to cover the character that practically launched the Silver Age of comics.

First, we're Wally West fans. There's a reason why Wally West was the second character we ever covered on the Character Corner. And rightly so. Most of what everyone knows of the Flash came from Wally's time (The Speed Force was created during Mark Waid's great Wally West run). Related to this, the second reason it has taken us this long is because Barry Allen for so long represented more of a Legend in the DC Universe than anything else. His first appearance kicked off the start of the Silver Age and his death not only saved the DC Universe but also arguably kicked off the Bronze Age. His sacrifice set the bar and tone for so many characters, not just Wally. He also for the longest time the promise of a hero passing his mantle and legacy to his protege. And honestly, the best Barry Allen stories and the ones people really think of that define the character, all came after his return from death after two decades.

But before we get into Barry, we start with Jay Garrick, the Golden Age Flash. We'll also be covering some of the other members of the Flash family in part 2. Consider these episodes the primer for later this year when we do a deep dive Comic Book Book Club into Josh Williamson's run on the Flash that really brings home and ties together the legacy of Barry Allen.