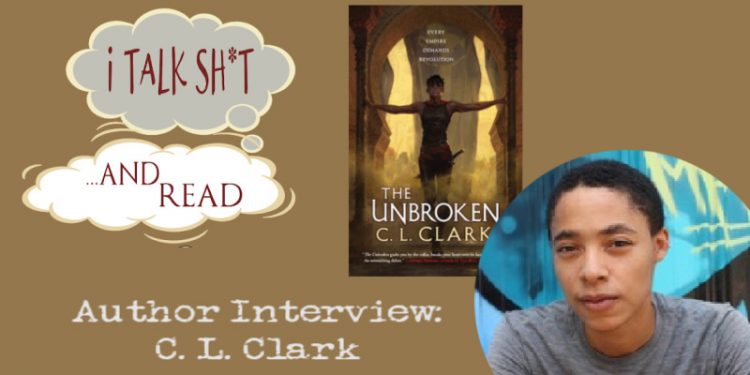 World Building9
Character Development8.5
Story Arc9
Pacing/Plot Progression8.5
Readability10
Magic System9
'The Unbroken' is a riveting epic fantasy set in a queernormative world. It revolves around fully fleshed out characters that drive the action forward in ways that never cease to engage. The world is a balanced blend of the familiar and the dangerously unknown. Y'all ain't ready.
9

There are some stories that sneak up on you. Luring you in with subtle descriptions and a glimpse at a  character's inner-most thoughts. You think you're about to embark on a journey, and you are, but it's definitely not the one you think following a young woman home - to the land she was stolen from - is likely to take you on.

Instead of a slowly unfolding story about a soldier trying to find her footing, the character's almost immediately thrust into thwarting an assassination attempt on a princess and carrying out orders certain to leave everyone in this squad of conscripts feeling some type of way about this homecoming.

Picking a side is where the conflict starts...

This military/political fantasy centers Touraine, conscripted soldier, as she returns to the country of her birth as part of the colonizing force's army and Luca an imperial princess determined to wrestle her throne from her uncle.

To prove her worthiness to rule, Luca aims to stop an colonial uprising by convincing the rebels she wants peace...when what she really wants is the means to rule unchallenged. Through a series of bloody events, Touraine finds herself under Luca's authority and thrust into a world of diplomacy, intrigue and uneasy alliances that she's in no way prepared for.

...and a bloody adventure follows after

What follows is a skillfully designed North-Africa inspired world full action and adventure. Clark puts forward the kind of character dynamics and world-building that paints a vivid picture all while building to tipping point well worth reaching.

The Unbroken will challenge how you view military forces, colonial/post-colonial North Africa, power dynamics, and a women's unconflicted willingness to be violent...and be hellaciously good at it. There's magic, mayhem, love and what drives every good rebellion, tests of loyalty.

In edition to simply being a fantastic story, the world The Unbroken is multifaceted and richly diverse. The lead women characters are queer; there are other lesbian, gay, and bi characters. There is also a trans side character (you'll definitely want to see more of).

If you only add one new author to your reading list in 2021, it needs to be C. L Clark.

A Conversation with C. L. Clark

I had the pleasure of sitting down with the author to dig into how The Unbroken came to be, how the narrative hit me versus what Cherae readers would take away, and the multiple reasons to be found in this story that explain why I'm excited it's the first of (at least) three books set in this world. Listen in and then be sure to pick up The Unbroken* that hit bookshelves March 23, 2021.

C. L. Clark graduated from Indiana University’s creative writing MFA program and was a 2012 Lambda Literary Fellow. They’ve been a personal trainer, an English teacher, and an editor, and is some combination thereof as they travel the world. When they’re not writing or working, they’re learning languages, doing P90something, or reading about war and (post)colonial history. Their short fiction has appeared in Beneath Ceaseless Skies, FIYAH, and Uncanny, and on PodCastle, where they are currently a coeditor. You can follow them on Twitter: @c_l_clark.

*Ro received a review copy of The Unbroken in exchange for her honest opinion.