August Mailbag: Trust Us This Time 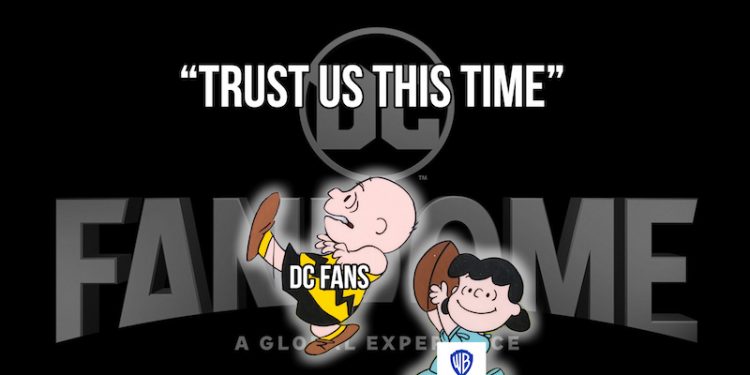 It's the end of August so it's time for another Mailbag episode. This month Kriss and Dpalm get to do a "special" episode because WB just completed the first part of their now two part DC FanDome virtual experience. They released trailers and had panels on some of their highly anticipated (and delayed) movies. And well...we're here to tell you why you shouldn't believe a goddamn thing coming from WB cause they haven't earned that trust. WB has a history of treating DC like an IP farm and not really caring about the properties and we're tired of caring more about them than the billion dollar campaign that owns them. It also doesn't give us confidence in their announcements when the week of this huge virtual event, they were laying off staff that gutted DC Comics, burying DC Universe, cancelling good comics and changing their massive 24-hour event into a 2-day event with the second part not coming until September.